What is Charles Schwab's Net Worth and Salary?

Charles Schwab is an American businessman and investor who has a net worth of $14 billion dollars. Charles Schwab is the founder of the Charles Schwab Corporation, a discount brokerage firm that he founded in 1971 and currently is a publicly traded company. His firm manages over $8 trillion worth of client money for approximately 8 million clients in 300 different offices in the U.S., one in Puerto Rico, and another in London.

Charles owes the majority of his fortune thanks to his 6% stake in the Charles Schwab Corporation. He has also collected at least $3 billion worth of dividends since 1987 when the company went public.

Charles Robert Schwab, Jr. was born on July 29, 1937, in Sacramento, California. His family relocated to Santa Barbara, California during his childhood. He went to Santa Barbara High School where he was captain of the golf team. In 1959, he received his bachelor's degree in Economica from Stanford. He was a member of the Sigma Nu fraternity. He also got his MBA at Stanford.

Schwab launched an investment newsletter in 1963 called the Investment Indicator with three partners. At its most popular, the newsletter had 3,000 people signed up at $84 each per year. In the spring of 1971, Schwab and his partners incorporated as First Commander Corporation to offer brokerage services as well as continue to publish the newsletter. The following year, he bought out his former partners in Commander Industries. In 1973, Schwab changed the name of the firm to Charles Schwab & Company. Then, in 1975 the SEC deregulated the securities sector, meaning firms could charge their clients whatever fees they wanted. See back then, stocks and other securities were not bought by individuals, they were sold by salesmen on commission who may not have necessarily had the clients' best interests in mind. Schwab cut charges to his customers in half, put his salesmen on hourly salaries, ensuring that they weren't selling riskier stocks than the customer wanted to pump up their own commissions. Schwab also put a policy in place to not give clients advice on which securities to purchase. He also set up a toll free number that allowed clients to place orders any time of day, from anywhere in the world. Larger, more established securities firms were outraged and tried to sabotage Schwab's company. 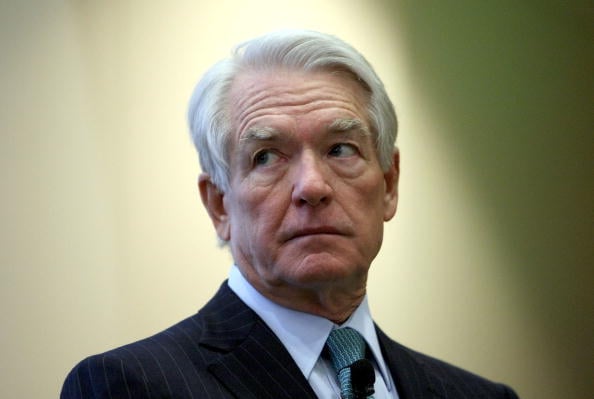 The first branch of Charles Schwab & Company opened in Sacramento in September 1975. It soon expanded across California. In 1981, Bank of America offered him $53 million in BofA stock for his 37% ownership stake in his company. After the sale he remained president of a largely independent unit with sales of $41 million. Within five years, he'd grown that to sales of $308 million. Schwab's division was flourishing, but BofA was not and in 1987 he reached a deal to buy back his brokerage firm from BofA for $230 million. Schwab then took the company public.

Charles R. Schwab stepped down as CEO in 2008. He is the chairman of his company and its largest shareholder with a 15% stake. Today, Charles Schwab & Company manages more than $1 trillion of its clients' money across the globe.

In the fall of 2019, Schwab eliminated trading commissions and introduced fractional buying of shares in an attempt to draw younger clients to his firm.

Also in the fall of 2019, Schwab announced his intention to acquire rival firm TD Ameritrade. The proposed merger would create an enormous brokerage with about $5 trillion under management.

Schwab was married to Susan Cotter Schwab and had three children, Charles Jr. "Sandy", Carrie, and Virginia before divorcing. He married Helen O'Neill had had two children, Michael and Helen.

Schwab also serves as the chair on the board of trustees for the San Francisco Museum of Modern Art.

He is an avid golfer with a 7.4 handicap.

At the age of 40, he found out that he was dyslexic, and later learned that his son suffers from the same learning disorder. This led to the formation of The Charles and Helen Schwab Foundation, which provides grants to dyslexic children. He also donated $20 million to UC San Francisco and UC Berkley to study the understanding of dyslexia and other neurodevelopmental conditions that affect learning.

Charles Schwab was listed in a Washington Post article as one of the largest PAC contributors in the U.S. He gave $12.5 million to general conservative political causes, with $2 million specifically donated to Donald Trump.

Schwab donated the maximum amount of $101,700 to the Republican National Committee's legal defense fund representing Donald Trump in the Special Counsel investigation into whether or not the Trump campaign colluded with Russia.

Schwab donated almost $9 million to a dark money group that opposed Barack Obama in the 2012 election.

In October 2019, Schwab and his wife listed their San Francisco home for sale for $15 million. The home was purchased by the Schwabs for $11 million in 2012. It sold for $14 million in January 2020. The home was designed by noted architect Gardner Dailey in 1941. The property is in San Francisco's Pacific Heights neighborhood on a secluded double lot. The structure is set back about 60 feet from the street. The home is mostly obscured behind a mature elm tree.

He and his wife Helen live in Atherton, California. 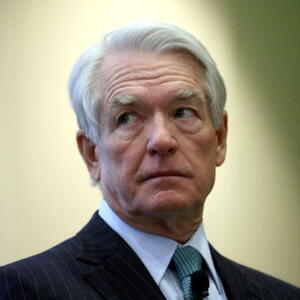