Carl Quintanilla Net Worth and Salary: Carl Quintanilla is an American journalist who has a net worth of $9 million and annual salary of $3 million. Carl Quintanilla is an Emmy Award-winning reporter and one of the principal anchors of CNBC's Squawk on the Street broadcast live from the New York City Stock Exchange. Quintanilla was a reporter and columnist for the Boulder Daily Camera in Boulder (1991-93) and prior to that spent a summer as an editorial assistant for National Public Radio in Washington D.C. Between 1994 and 1999, he served as a staff reporter for The Wall Street Journal where he wrote full-time for the newspaper's Chicago, Illinois bureau, covering airlines, manufacturing and economic issues. He also penned a weekly column on workplace issues and on-the-job trends for the newspaper's front page. He then served as correspondent for several CNBC programs including Business Center. In July of 2011, Quintanilla left CNBC's Squawk Box (which he had co-anchored since December 19, 2005) to join the new Squawk on the Street anchor team. In 2014 he also began co-hosting Squawk Alley.

Carl and his wife Judy Chung bought a home in Bridgehampton, New York for $3.2 million in 2017. 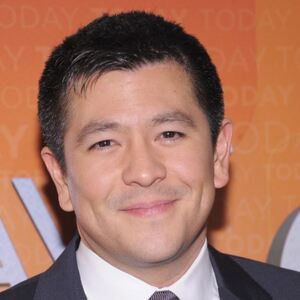