Bruce Rauner net worth: Bruce Rauner is an American businessman and politician who has a net worth of $400 million. Bruce Rauner was born in Chicago, Illinois in February 1957. He graduated from Dartmouth College and earned his MBA from Harvard University. He is a Republican who began serving as the 42nd Governor of Illinois in 2015.

Rauner served as the Chairman of R8 Capital partners as well as the Chairman of GTCR, a private equity firm. In 2014 he was defeated by Democratic incumbent Pat Quinn by a narrow margin and did not win the Republican nomination. Bruce Rauner married Diana Mendley in 1994 and previously being married and has six children. He has served as the Chairman of Choose Chicago and a Chairman of The Commercial Club of Chicago. He spent $26 million of his own money on his election and in 2015 he reported earnings of more than $180 million. He promised to take a $1 salary as governor. He ultimately did not win his race. 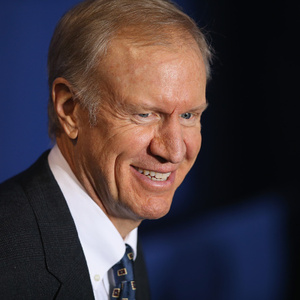