Bruce Kovner Net Worth: Bruce Kovner is an American businessman who has a net worth of $6.6 billion. Bruce earned his fortune as the founder and chairman of Caxton Associates, a hedge fund that trades a global macro strategy. At its peak, Caxton managed over $14 billion worth of assets.

Born Bruce Stanley Kovner on February 27, 1945 in The Bronx, New York. A high achiever who also excelled as a basketball player and pianist, Kovner quit in the middle of prepping for a Ph.D. in economics at Harvard after a fit of writer's block. Like any one would he wound up in New York City driving a cab and studying harpsichord at Julliard.

He was 31 when he managed to turn the $3,000 that he borrowed on his credit card into $45,000 by trading soybeans. However, he soon saw that profit cut in half. Having learned a key lesson in risk management, Bruce Kovner went on to set up hedge fund firm Caxton Associates in 1983. Over the next four decades, the hedge fund returned tens of billions of dollars to investors and turned Kovner into one of the 100 richest people in America. Today the firm manages an estimated $13 billion and has returned an average of 14% per year.

Kovner has three children from two marriages. He has been married to Suzie Fairchild since 2007.

Bruce and Suzie own homes in New York City, Florida and California. In August 2021 they listed their oceanfront California mansion for $160 million. 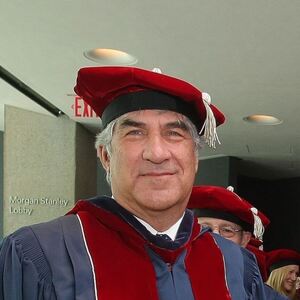