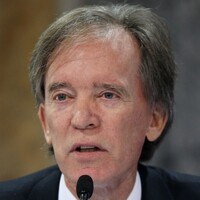 What is Bill Gross' net worth and salary?

Bill Gross is an American investor who has a net worth of $1.6 billion. Bill Gross first gained national attention as the co-founder of Pacific Investment Management (PIMCO) which today manages $2 trillion. Gross is one of the most well-known financial managers in the world. He left PIMCO in 2014 and subsequently became fund manager for the Janus Capital Group, which is now known as Janus Henderson.

Bill Gross was born in Middletown, Ohio, on April 13, 1944. His father, Sewell M. Gross, was a sales manager for AK Steel Holding, and his mother, Shirley, was a homemaker. The family moved to San Francisco in 1954. He grew up as a Presbyterian and graduated from Duke University with a degree in psychology in 1966. In college, he was part of the Phi Kappa Psi. He later joined the Navy and went on to receive an MBA from the University of California, in Los Angeles, in 1971.

He had a short career in Las Vegas, as a blackjack player, and used many of his gambling methods for spreading risk and calculating odds in his business investment decisions. Gross is a CFA Charterholder and earned his credentials while working as an investment analyst for Pacific Mutual Life between 1971 and 1976. As one of the world's largest mutual fund managers, his focus is mostly on bonds. He has been called "the nation's most prominent bond investor" by the New York Times. Gross co-founded the Pacific Investment Management (PIMCO) and managed its Total Return fund, which at one point was the world's largest bond fund with almost $293 million in assets, and managed several smaller ones until his departure from the company in September 2014. At PIMCO, Gross controlled more bond money than anyone in the world and he advised the Treasury on the role of subprime mortgage bonds during the 2008 financial crisis. He became known for his abilities to identify and exploit inefficiencies in markets and adjusting his strategies at PIMCO grew.

In September 2008, after lobbying for the Federal takeover of Fannie Mae and Freddie Mac, Bill Gross netted $1.7 billion, due to holding large positions in agency-backed mortgage bonds of Fannie Mae and Freddie Mac. Following the collapse of Wall Street that year, Gross emerged as one of the nation's most influential people in finance and became one of the most fervent supporters of the Obama administration's strategy to enlist private investors to help bail out the nation's ailing banks in order to try and revive the flailing economy. 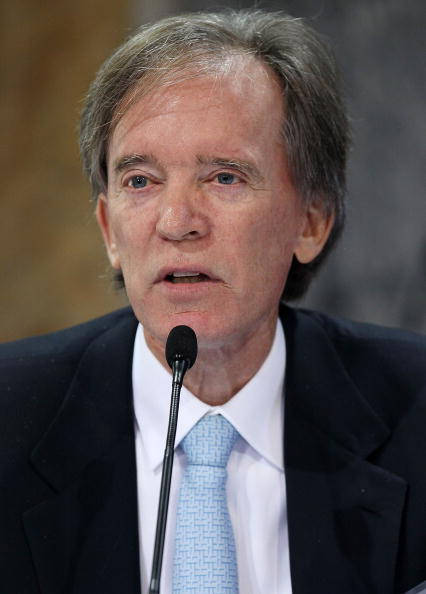 In 2013, it was reported that the departure of PIMCO chief executive Mohamed El-Erian was triggered by a conflict with Gross. Gross left himself in the late fall of 2014 and in October of 2015 he sued PIMCO and parent company Allianz for hundreds of millions of dollars. Gross claimed he had been pushed out by executives "Driven by a lust for power, greed, and a desire to improve their own financial position and reputation at the expense of investors and decency," calling them out for "improper, dishonest, and unethical behavior." PIMCO settled with Gross in March 2017 for $81 million, which Gross pledged to donate to charity.

In the '90s, Bill wrote two popular-market books on investing, "Bill Gross on Investing" and "Everything You've Heard About Investing is Wrong." In September 2007, Gross's funds netted $1.7 billion after the federal takeover of Fannie Mae and Freddie Mac. In February 2019, Gross announced his retirement from Janus Henderson Investors as well as active fund management. At the time of his retirement announcement, he said he would be focusing on managing his personal assets and the William, Jeff, and Jennifer Gross Family Foundation, his private charitable foundation worth $390 million.

Gross has reportedly been diagnosed with Asperger's Syndrome. Despite being a registered Republican, he donated to both of Barack Obama's presidential campaigns.

Gross has been married twice, first to Pamela Roberts in 1968. They had two children, Jeff and Jennifer. They later divorced. In 1985, Gross married Sue J. Frank and they had a son together, Nick. They began proceedings for a divorce in 2018. Gross has since described Amy Schwartz as his life partner. They met through a mutual friend in 2017 and now live together in a Laguna Beach oceanfront mansion named "Rockledge by the Sea." At a cool $32 million, the 10,000-square-foot home was the third-most-expensive home sale in 2018 in Orange County, California. The sprawling mansion has 190 feet of ocean frontage along with a private access beach and cove. Gross threw a 50th birthday party for Schwartz at the house in September 2019, featuring singer-songwriter and guitarist Kenny Loggins. The couple enjoys playing golf together. Gross also purchased the former home of actress Jennifer Aniston, for a reported $42 million.

He is an avid stamp collector and In 2005, he formed a complete collection of 19th century United States postage stamps. He is only the third person to do so. In October of the same year, he purchased a unique plate block of the famous 1918 24 cent U.S. airmail stamps known as the "Inverted Jenny" for $2.97 million. His collection is set to be auctioned off with proceeds donated to charity. Prior auctions of Gross's Great Britain, British Commonwealth, Western Europe, Scandinavia, Confederate States, Switzerland, and Hawaii stamp collections have generated more than $26 million in proceeds. His plan is to donate to Doctors Without Borders and The New York Times Neediest Cases.

Gross is also a passionate amateur golfer. He has played in a foursome with Tiger Woods and other professionals at the AT&T Pro-Am at Pebble Beach, but wrote that even playing with Woods and earning tournament trophies, "can't compare to the exhilaration of the moment, the thrill of victory, and yes, the agony of missing a three-footer."[