What was Barron Hilton's Net Worth?

Barron Hilton was an American businessman and socialite who had a net worth of $4.5 billion dollars at the time of his death in 2019. Barron Hilton was the son of hotel mogul Conrad Hilton, the founder of Hilton Hotels. Barron joined the family empire in the 1950s and proceeded to take the company to incredible heights. In the 1970s, it was Barron's wise idea to invest in Nevada casinos, buying what would become the Las Vegas Hilton and the Flamingo hotel and the source of the majority of the family wealth today.

When Conrad died in 1979, 97% of his estate was left to his personal charity with the option for Barron to purchase his shares to keep the Hilton family in control of the company. Though the charity opposed it, a court eventually ruled in favor of Barron. A settlement was reached, leaving Barron with 4 million shares of the family enterprise. Private equity behemoth Blackstone acquired Hilton in 2000 for $20 billion. Paris Hilton and Nicky Hilton are his granddaughters.

Baron was also a pilot and one of the founders of the American Football League.

Barron was married to Marilyn June Hawley from 1947 until her death in 2004. They had two daughters and six sons. For much of his adult life, Barron intended to leave his multi-billion-dollar fortune to his family after his passing.

Barron was reportedly extremely embarrassed by the actions of granddaughter Paris. From the sex tape, to the terrible reality shows, to the general tarnishing of the Hilton name. As a result, in 2007, Conrad adjusted the terms of his will to cut out his family and instead leave 97% of his estate to the Conrad N. Hilton Foundation. So, instead of roughly two dozen people inheriting $4.5 billion, $190 million per person, those same people will split 3% of $4.5 billion. That's a total of $135 million, around $5.6 million per person.

Hilton was born in Dallas, Texas on October 23, 1927 to Mary Adelaide and Conrad Nicholson Hilton. He had three siblings – Conrad Nicholas, Jr., Eric Michael, and Constance Francesca. He was of Norwegian and German descent. His father was the founder of the Hilton Hotel chain, which he began around the time that Barron was born. His father's success grew steadily throughout Barron's childhood.

As a child, he was very interested in aviation and would often bike to the Love Field airport in Dallas to watch the planes take off. He took private flying lessons and got his pilot's license when he was 17.

During World War II, he served as a photographer in the Navy and then he attended the University of Southern California Aeronautical School after his discharge. There he earned his twin-engine rating at the age of 19.

After the war, he actually turned down his father's offer to join the family business. Instead, he attended the University of Southern California Aeronautical School after his wartime discharge, where he earned his twin-engine rating at age 19.

Hilton then worked with several different companies including one that distributed fruit juice. He acquired the Los Angeles-area distributorship of Vita-Pakt Citrus Products, co-founded MacDonald Oil Company, and founded Air Finance Corporation, one of the nation's first aircraft leasing businesses.

In 1959, Lamar Hunt offered Hilton the Los Angeles franchise in the newly formed American Football League. He accepted and named his team the Chargers.

The Chargers began playing at the Los Angeles Memorial Coliseum in 1960, but the club found it difficult to compete for fans of the Rams in the NFL. The team moved to San Diego in 1961, to the tiny Balboa Stadium. Hilton was instrumental in the construction of Jack Murphy Stadium, which is known today as Qualcomm Stadium.

He helped forge the large merger the AFL and the NFL in 1966, which resulted in the creation of the Super Bowl. He sold his interest in the Chargers in 1966 when he took on a larger role with Hilton. He sold his stake for $10 million. He was the last living member of the Foolish Club, a name the AFL owners gave themselves as they tried to compete with the well-established NFL.

In 1954 Baron was elected Vice President of Hilton Hotels and ran the company's franchise operations. Hilton also created the Carte Blanche credit card as a service to the company's most loyal customers.

His role in the company grew over time until he became the Hilton Hotels Corporation President and CEO. In this role, Hilton demonstrated much of his father's business genius and continued to expand and modernize the hotel chain. 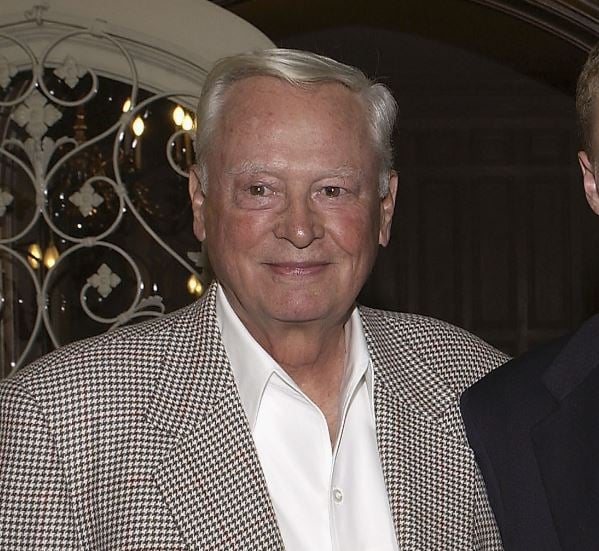 In the 1970s, it was Barron's wise idea to invest in Nevada casinos, buying what would become the Las Vegas Hilton and the Flamingo hotel and the source of the majority of the family wealth today. The company's expansion into Nevada had an immediate impact on its net income. By 1972, the two resorts contributed 45 percent of the company's income (before interest income, interest expense, write down of investments and sales of properties), nearly matching the income from the other 160 Hilton hotels in the United States.

Additionally, Hilton capitalized on what he foresaw as the future of Las Vegas as the entertainment capital of the world. At their famed Las Vegas Hilton Hotel, Elvis Presley became a star performer and remained an annual guest and performer on stage until shortly before his death in 1977. Over the next decades as hotel competition increased in the United States, Hilton's decisions to expand into Las Vegas proved highly profitable.

Hilton also launched the Conrad International brand in the 1980s followed by the Hilton Garden Inn brand in the 1990s. He developed a reputation for himself as being a financial conservative, always maintaining a low debt-to-capital ratio and very high credit rating. These states allowed him to easily continue acquiring new properties.

Hilton continued to aggressively expand the domestic hotel chain through franchising. In 1977, he completed a hotel purchase, the Waldorf-Astoria, that his father had initiated nearly 30 years earlier. Knowing that the lease would expire in 1979, Hilton deftly negotiated to buy the hotel and real estate from the railroad. The landmark property, whose current value is estimated around $1 billion, was purchased by Hilton for just $35 million. As competitors continued to spread across the U.S. in the '80s, Barron held his own by rehabbing his own hotels and increasing revenues in Las Vegas. Through a series of massive additions and renovations to the Flamingo Hilton and the Las Vegas Hilton, the company nearly tripled its rooms in Las Vegas by 1990, from 2,277 to 6,703. In the 1980s, Hilton launched Conrad International and Hilton Garden Inn in the '90s.

Hilton continued as chairman of the board through the next decade.

After stepping down as CEO, Hilton remained chairman on board and oversaw his successor, Steve Bollenbach, continue to expand the company via acquisitions of brands like Embassy Suites, Homewood Suites, and Doubletree. The brand has continued to flourish in the years since, rebranding itself as Hilton, Inc, expanding to have properties in 114 countries around the world.

In 2005, he acquired Hilton International, 38 years after his father had sold it to TWA. By this time, Hilton Hotels was the best known and most respected name in the industry. Hilton Hotels Corporation proved to be irresistible to the private equity firm The Blackstone Group. They purchased the company in 2007 which by now consisted of 2,800 hotels with 480,000 rooms in 76 countries and territories. Blackstone paid $47.50 per share, a 32 percent premium over the July 2 closing price. The $26 billion, all-cash transaction included $7.5 billion of debt

When Conrad Hilton died in 1979, 97% of his estate was left to his personal charity with the option for Barron to purchase his shares to keep the Hilton family in control of the company. Though the charity opposed it, a court eventually ruled in favor of Barron. A settlement was reached, leaving Barron with 4 million shares of the family enterprise.

In 1947, when Hilton was 20, he married Marilyn June Hawley. The couple remained married until Marilyn's death in 2004. During their marriage, they had eight children together. He also had fifteen grandchildren, including Paris and Nicky Hilton, and a number of great-grandchildren.

He remained highly interested in aviation throughout his life. He maintained a small fleet of aircraft and continued flying them until the age of 84. He also hosted the Barron Hilton Cup, a worldwide glider competition, from 1980 until 2009. He received the very prestigious FAI Gold Air Medal for the Fédération Aeéonautique Internationale in 2009.  In 2010, the Smithsonian National Air & Space Museum honored Hilton by naming an exhibit in his honor – the Barron Hilton Pioneers of Flight Gallery. He was also inducted into the International Air & Space Hall of Fame at the San Diego Air & Space Museum in 2012.

He primarily lived in Holmby Hills in the Jay Paley House, a home originally designed by architect Paul Williams for Jay Paley. The home was used in footage for scenes in "The Colbys" television series. Additionally, he had a permanent suite in the New York Waldorf hotel and a large ranch in Nevada and California called the Flying M. Hilton died in 2019 at the age of 92 at his home in Los Angeles of natural causes. Before his death, Hilton had announced in 2007 that he would leave 97 percent of his estate to the Conrad N. Hilton Foundation, the charity organization that had been established by his father in 1944. 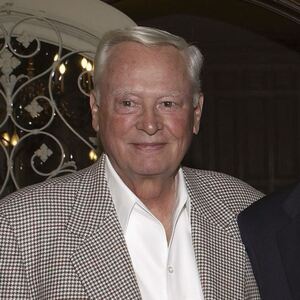