Arpad Busson net worth: Arpad Busson is a French financier who has a net worth of $1 billion dollars. Born in France, Arpad Busson graduated from the Institut Le Rosey in Switzerland. He then served as a medic in the French Army. After finishing his time in the Army, he had his first brush with tabloid fame, after being romantically linked to actress Farah Fawcett. He began working in finance in the late 80s, and later became a marketing representative for Tudor Investments. In 2001, he launched his own funding group, EIM Group. The purpose of the company was to manage the funds that passed between other hedge funds. In addition to working with his own company, he has become widely recognized for his generous charitable work. He reappeared in the tabloids in the late 2000s, first after his divorce from Elle MacPherson, then as the victim of a Ponzi scheme, and most recently, as the father of a baby with actress, Uma Thurman. 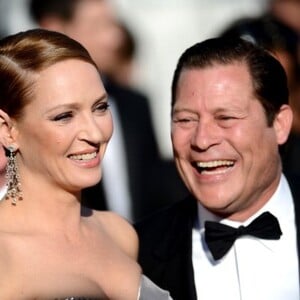