What is Anthony Scaramucci's net worth?

Anthony Scaramucci is an American financier, author, and entrepreneur who has a net worth of $200 million dollars. Also known as "The Mooch", he is probably best-known for serving as Donald Trump's White House Director of Communications for a grand total of 11 days in July 2020. His exact term lasted from July 21 to July 31, 2017.

In the wake of his comically-short stint, the term "Scaramucci" has entered the lexicon as a way to describe a period of 11 days. For example:

"Only one Scaramucci til I'm on vacation!"

Prior to his brief White House stint, Anthony was known for being the founder and co-managing partner of the investment firm SkyBridge Capital. He has authored several books and is a frequent commentator and speaker. He speaks at the annual meetings for the World Economic Forum in Switzerland. He is also often featured on CNBC. He serves on the boards of Warrior Gateway and The Brain Tumor Foundation. He is on the Board of Advisors for the School of Arts & Sciences at Tufts University and the Harvard Law School Leadership Counsel. Scaramucci was initially a supporter of Jeb Bush during the run up to the 2016 Presidential election.

Anthony Scaramucci was born in Long Island, New York on January 6, 1964. He was raised in a middle class family in the town of Port Washington. His father was a construction worker.

After graduating from Paul D. Schreiber High School he enrolled at Tufts University where he earned a B.A. in economics. After Tufts he earned a J.D. from Harvard Law School. While at Harvard Law, his fellow student was future President Barack Obama.

After earning his law degree, Scaramucci never practiced law. Instead he moved back to New York City where he took at job at Goldman Sachs in 1989. Anthony worked at Goldman, within the Investment Banking division, for a year before getting fired. He was re-hired just two months later by Goldman's Equities division.

In 1993 he was named a Vice President in Goldman's Private Wealth Management division. He remained at Goldman through 1996.

In 1996 he left to launch Oscar Capital Management with a colleague from Goldman.

In 2001 the Oscar partners decided to sell their company to Neuberger Berman. Two years later Neuberger was acquired by Lehman Brothers. With this sale, Anthony became a managing director in Lehman's Investment Management division.

In 1995 Anthony Scaramucci founded SkyBridge Capital. The firm eventually grew to have over $7 billion in assets under management.

In 2009 he launched the SkyBridge Alternatives Conference, which became known as the "SALT" Conference. The SALT hosted events around the world, with a marquee event every year in Las Vegas.

In 2011 he received the Ernst & Young Entrepreneur Of The Year Award. His company SkyBridge acquired the rights to the TV show Wall Street Week in 2014.

In May 2016 after Donald Trump became the clear front runner of the race, Anthony joined the Trump Finance Committee. In November 2016, after Trump won the election, Scaramucci was named to Trump's Presidential Transition Team Executive Committee. The Mooch was President Trump's Director of Communications for exactly 10 days in July 2017.

On January 14, 2017, it was announced that Anthony Scaramucci had reached an agreement to sell SkyBridge to a Chinese bank. This sale was soon mired in regulatory hold ups and eventually fell apart.

Had the sale gone through, by our estimate Anthony stood to gain anywhere from $100 million on the low end to $750 million on the high end, depending on the final deal price and his personal equity in SkyBridge.

This certificate allows people who sell assets before taking a government job (in order to avoid conflicts of interest) to sell those assets at a favorable tax rate. Someone using this allowance would take the proceeds of a sale and invest them into US Treasuries without paying any taxes in the short term. When those treasuries are eventually sold, the proceeds would be taxed at the long-term capital gains rate of 15% instead of 39%.

If Anthony's proceeds from the SkyBridge sale are $100 million (the lowest estimate we've heard), then this rule would have allowed him to pay $15 million in taxes instead of $39 million. In other words, using the low-end estimate, leaving his White House job cost could have cost the Mooch $24 million had his sale actually gone through. 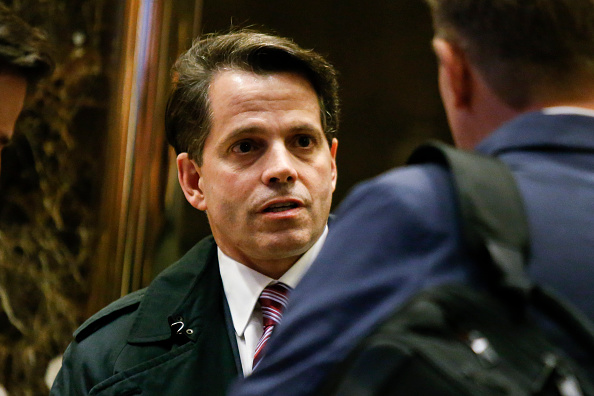 In 2010, Celebrity Net Worth estimated The Mooch's net worth to be $40 million. In October of that year we received a cease and desist from a law firm representing Scaramucci. The legal threat claimed our $40 million estimate was "materially false". Their implication was that he was worth far LESS than $40 million. We followed up to see if they could provide more information that could illustrate their point of view. We did not receive a reply. Around the same time, we found a CNBC interview from 2008 where Scaramucci himself claimed his net worth was $80 million. So erring on the side of caution we updated his net worth to be $80 million. In August 2017, Scaramucci's financial disclosure was leaked to the press. In the disclosure listed his liquid assets as being worth $85 million. He also reportedly had various illiquid assets including several real estate investments and a minority stake in the New York Mets. He listed three mortgages, with total liability in the range of $2.5 – $7 million.

In 2012, Anthony and a group of investors (including comedian Bill Maher) was offered the opportunity to purchase 4% stakes in the NY Mets for $20 million a piece. In 2020 billionaire hedge fund manager Steve Cohen purchased the Mets for $2.4 billion. After debt was removed, the equity investor portion of the sale was roughly $2 billion. That means, Anthony's 4% stake became around $80 million. 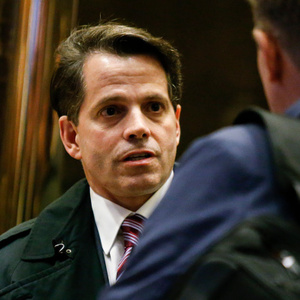