Anne Dias net worth: Anne Dias is a Franco-American investor and philanthropist who has a net worth of $500 million. Anne Dias was born in France in 1970. She is the founder and the CEO of the investment firm Aragon Global Management. Dias was born in France and moved to the United States to study at the Georgetown University School of Foreign Science and then earned her MBA from Harvard Business School. She worked as a research assistant before becoming the Brussels representative to the American Electronics Association in 1991. Anne Dias was a financial analyst at Goldman Sachs in London and New York and also worked at Fidelity Investments Limited in London. She joined Soros Fund Management in 1997 before starting Aragon Global Management, LLC in 2001. Anne Dias married Kenneth C. Griffin in 2003. They had three children. They were officially divorced in 2015 after a contentious 14 month battle which resulted in a large settlement being paid to Anne, in addition to more than $1 million year in spousal support. The couple founded the Kenneth and Anne Griffin Foundation and donated $19 million to the Art Institute of Chicago and $16 million to the Ann & Robert H. Lurie Children's Hospital of Chicago.

Anne Dias Divorce Settlement: During their divorce proceedings, Anne argued that she was forced under duress to sign a pre-nup in 2003. At the time they married, Ken was worth $1 billion and she had a net worth of $1 million. By the time they separated, Ken's net worth had risen to $7 billion and the couple's monthly income averaged $68 million. Ken countered that his wife was worth at least $50 million at the time of their separation and that he had already paid her $40 million by following the pre-nup. 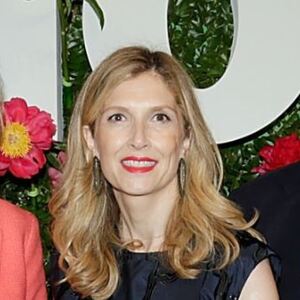