How much is Andrew Ross Sorkin Worth?

Andrew Ross Sorkin net worth: Award winning journalist and author, Andrew Ross Sorkin has a net worth of $10 million. Sorkin acquired his net worth as an author, well-known columnist for New York Times, co-presenter for CNBC's Squawk Box and as the founder and editor of a financial news service, DealBook. Hailing from New York, Sorkin graduated with a Bachelor in Science from Cornell University. By the time he graduated, Sorkin produced 71 articles for The New York Times. He joined the newspaper when he was a student intern during senior college years. He also wrote for Business Week and The Times in London during the 1990s. In 2001, Sorkin started DealBook, a daily e-newsletter published by The New York Times. DealBook won a string of awards, including the Webby Award for best Business Blog. Sorkin is also a notable author: in 2009, he published Too Big to Fail, which documented the events of 2008 financial crisis and the collapse of Lehman Brothers. In 2010, the book won the Gerald Loeb Award for Best Business Book and The Financial Times and Goldman Sachs Business Book of the Year Awards. The book was adapted into a television movie in 2011. Andrew Ross Sorkin is one of the Executive Producers of the hit Showtime show "Billions". 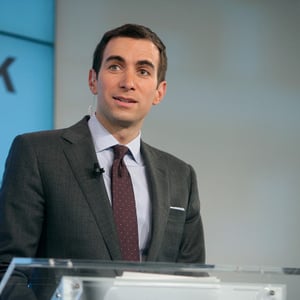