Stanford was convicted of charges that his investment company was a Ponzi scheme and fraud in 2012. He served as the chairman of Stanford Financial Group of companies. Stanford lived in Saint Croix, U.S. Virgin Islands and had dual citizenship in the United States and Antigua and Barbuda. He donated millions of dollars to politicians in the United States and in Antigua. Allen Stanford was investigated in 2009 and charged by the U.S. Securities and Exchange Commission for fraud and other violations involving $7 billion in certificates of deposit. His offices were raided by the Federal Bureau of Investigation and he voluntarily surrendered. He was later convicted of all charges except one count of wire fraud and began serving at United States Penitentiary, Coleman in Coleman, Florida. 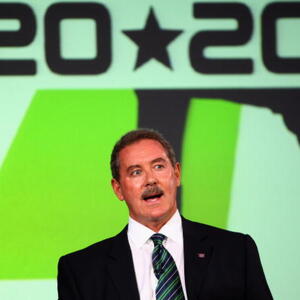