What is Alan Greenspan's Net Worth and Salary?

Alan Greenspan is an American economist and author who has a net worth of $20 million. From 1987 to 2006, Greenspan served as Chair of the Federal Reserve of the United States, a position that earned him a salary of $180,000. Currently he owns the consulting company Greenspan Associates LLC, where he works as a private advisor to various firms. President Ronald Reagan first appointed Greenspan to the chairman position in August 1987, and he was reappointed by George H. W. Bush, Bill Clinton, and George W. Bush. Alan's tenure is the second-longest in the position's history, and he has received numerous honors during his career, including the Presidential Medal of Freedom, which George W. Bush presented him with in November 2005. Greenspan has also written several books, such as "The Age of Turbulence: Adventures in a New World" (2007) and "Capitalism in America: A History" (2018).

According to his last financial disclosure statement submitted in 2004, Alan controlled assets valued between $3 and $6.5 million at that point. While he was Chair of the Fed his assets were invested in short-term Treasury Bills. At the same time, his wife NBC News correspondent Andrea Mitchell listed her separate assets as being worth $1.3 to $3 million.

Alan Greenspan was born on March 6, 1926, in New York City. His parents, Rose and Herbert (a market analyst and stockbroker), were of Hungarian-Jewish and Romanian-Jewish descent, respectively. Rose and Herbert divorced when Alan was young, and he was raised by his mother in his grandparents' home. Greenspan graduated from George Washington High School in 1943 and went on to attend the Juilliard School, where he studied clarinet. He stayed at Juilliard until 1944, then attended the Stern School of Business at New York University, graduating summa cum laude with a Bachelor of Arts degree in economics in 1948. Alan earned a Master of Arts degree in economics two years later and briefly studied advanced economics at Columbia University but dropped out to focus on his work at Townsend-Greenspan & Company. He earned a Ph.D. in economics from NYU in 1977.

Greenspan began working in the equity research department of investment bank Brown Brothers Harriman while attending NYU, and he was an analyst at The National Industrial Conference Board from 1948 to 1953. Alan became the president and chairman of economics consulting firm Townsend-Greenspan & Co., Inc. in 1955 and stayed in those positions until 1987, with a 3-year break to serve as Chairman of the Council of Economic Advisers for Gerald Ford's administration from 1974 to 1977. In 1968, Greenspan served as an economic adviser to Richard Nixon during his presidential campaign, and he has held the position of corporate director for several companies, including J.P. Morgan & Co, Automatic Data Processing, General Foods, and the Mobil Corporation. From 1982 to 1988, Alan was a director of the foreign policy organization for the Council on Foreign Relations, and in 1984, he was on the Group of Thirty, a financial advisory body. 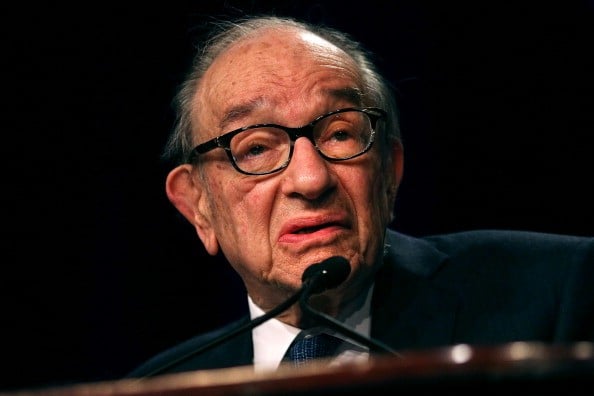 In August 1987, Greenspan succeeded Paul Volcker as chairman of the Board of Governors of the Federal Reserve, two months after being nominated by President Ronald Reagan. He was reappointed by Bill Clinton and supported Clinton's deficit reduction program in 1993; he was also involved in the country's bailout of Mexico during the Mexican peso crisis (1994–1995). Alan raised interest rates multiple times in 2000, and many people felt that this may have caused the dot-com bubble to burst. Greenspan showed support for George W. Bush's proposed tax decrease in 2001, and he later suggested that the administration should remove Saddam Hussein from power in order to "secure world oil supplies." In 2004, George W. Bush nominated Alan to serve another term (his fifth) as chairman of the Federal Reserve; he served until January 31, 2006, and was succeeded by Ben Bernanke.

After retiring from the Federal Reserve, Greenspan formed Greenspan Associates LLC, an economic consulting firm, and took an honorary position at the United Kingdom's HM Treasury. In 2007, he predicted a possible U.S. recession, and the Dow Jones Industrial Average dropped 416 points the next day. That year, Pacific Investment Management Company hired Alan as a special consultant, and he began advising investment bankers and clients at Deutsche Bank. The following year, Greenspan joined the Paulson & Co. hedge fund as an advisor. In 2007, Alan released his memoir, "The Age of Turbulence: Adventures in a New World." He stated that he wrote the book by hand in the bathtub because that's where he gets "many of [his] best ideas."

Alan married artist Joan Mitchell in 1952, and the couple annulled their marriage the following year. He went on to wed journalist Andrea Mitchell on April 6, 1997, in a ceremony officiated by Supreme Court Justice Ruth Bader Ginsburg. Greenberg also had a relationship with Barbara Walters in the mid-1970s.

Some of Greenspan's most honorary titles include Commander of the French Legion d'honneur (Legion of Honor, 2000) and Knight Commander of the British Empire (2002). In 2006, Alan was awarded the Department of Defense Medal for Distinguished Public Service, and the Eisenhower Fellowships honored him with the Dwight D. Eisenhower Medal for Leadership and Service in 2004. In 2005, Greenspan became the first person to receive the Harry S. Truman Medal for Economic Policy, and in December of that year, NYU gave him an honorary Doctor of Commercial Science degree. Alan has also received the U.S. Senator John Heinz Award for Greatest Public Service by an Elected or Appointed Official (1976), the Thomas Jefferson Foundation Medal in Citizen Leadership (2007), and the Eugene J. Keogh Award for Distinguished Public Service (2012), and the American Statistical Association made him a Fellow (the ASA's highest honorary level of membership) in 1989. 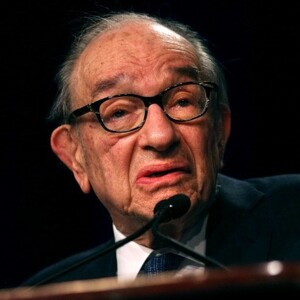