How much is Vin Di Bona Worth?

Vin Di Bona net worth and salary: Vin Di Bona is a Bona-fied Hollywood Television super producer who has a net worth of $200 million. From Rhode Island, Vin Di Bona started his career in the entertainment industry as a singer, with the name Johnny Lindy, strangely enough. After having just marginal success, he decided to turn his attention to producing, a move that has proven to be extremely lucrative. He started producing TV specials in 1976 and hasn't slowed down since. Some of his most memorable productions took place in the 80's and 90's. Some of his most well known productions are, "MacGyver" and "Entertainment Tonight". He is most well-known for being the creator and co-owner of "America's Funniest Home Videos." AFV is arguably the inspiration for YouTube and is clearly the inspiration for shows like Tosh.O. AFV is one of the longest running shows on television. The show premiered in 1989 and has since produced more than 600 episodes and two spin off shows. Di Bona co-owns AFV with the television network ABC. At its peak, the show generated over $100 million per year in revenue. Today it generates an estimated $30 million per year. It's believed that the show has generated well over $1.5 billion in revenue over its run. The show has been syndicated to 193 countries. Between his producing fees, syndication royalties and clip licensing fees, Vin Di Bona personally earns around $20 million per year from the show. Impressively, Di Bona and AFV have not been taken out entirely by the advent of the internet and sites like YouTube. This is perhaps attributable to the fact that Di Bona and his company are diligent about copyright and a sign that the American people in general still enjoy seeking their video on primetime television. 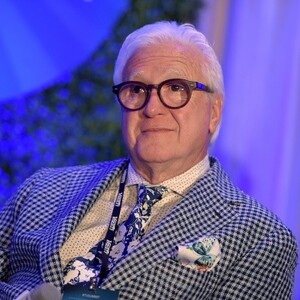