Vidal Sassoon net worth: Vidal Sassoon is a British author, entrepreneur and hairdresser who has a net worth of $200 million. Born in Hammersmith, London, England, Vidal Sassoon grew up primarily in an orphanage and began working as a hairdressing apprentice when he was in his middle-teens. He was very politically active as a teenager and young adult, working as part of the 43 Group, an organization that worked against anti-semitism after World War II.

He also fought in the Arab-Israeli War. After training under hairdresser Raymond Bessone, he went on to create many iconic hairstyles for women, including his modern take on the "bob". His cuts were meant to be wash-and-go, which was a departure from the high-maintenance styles that were currently in vogue. He is credited with changing women's hair trends in the Western World. By the 1980s, he had a worldwide hair care line, and a chain of salons. He sold the salons and the hair care line to the Regis Corporation in 2002. In 2009 he was appointed CBE, and in 2010, an acclaimed documentary was made about his life. 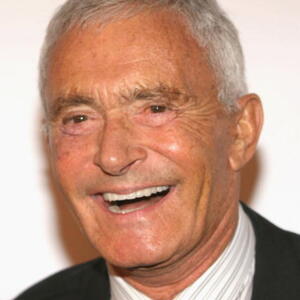