Victor Drai net worth: Victor Drai is a Moroccan film producer and entrepreneur who has a net worth of $250 million dollars. Victor Drai was born in Casablanca, Morocco in July 1947. Drai founded and created the Las Vegas night clubs Drai's After Hours, XS, Tryst, and Drai's Beach Club & Nightclub.

His career started with film production. In 1984 Drai produced the romantic comedy The Woman in Red which starred Gene Wilder and Kelly LeBrock. He married LeBrock the same year but they separated in 1986. He also products Weekend at Bernie's, The Man with One Red Shoe, The Bride, and Folks. In 1983 he opened the French restaurant Drai's in Los Angeles. He opened Drai's restaurant on the Las Vegas strip in 1997 and later added a nightclub and changed the name to Drai's After Hours. Drai's After Hours nightclub is now located at Bally's Las Vegas. He took over the club La Bete at the Wynn Las Vegas in 2007 and made it into Tryst. Tryst was ranked #8 of the Top 100 Nightclubs & Bars by Nightclub & Bar Magazine. In 2008 he opened XS at Encore Las Vegas. The club won "New Club of the Year" and "Mega-Club of the Year" honors. His newest, Drai's Beach Club & Nightclub opened in the summer of 2015 at The Cromwell Las Vegas. Drai is listed in the Nightclub Hall of Fame. 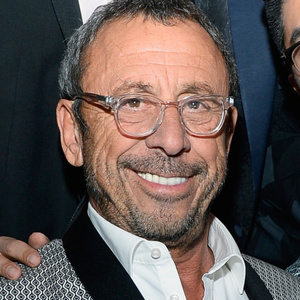