Vic Gundotra is an Indian/American businessman who has a net worth of $32 million. Vic Gundotra has earned his net worth as the Senior Vice-President of Social Business for Google and was previously a general manager at Microsoft. Vic was born on June 14, 1968 in India. He started his career with Microsoft in 1991; he later became the General Manager of Platform Evangelism.

Some of his responsibilities included; promoting Microsoft's API's and platforms to independent developers, as well as helping to design a strategy for Windows Live online services to better compete with Google's web-based software applications. After Gundotra left Microsoft in 2006 he spent a one-year work delay pursuing charitable endeavors, this was due to his Microsoft employee non-compete agreement. He then joined Google in June of 2007, some of his responsibilities included; Google's mobile phone applications, and developer efforts. These efforts included Open Social, Google Gadgets, Google Gears, as well as 400 product API's. MIT Technology Review TR100, noted Gundotra as one of the top 100 innovators in the world under the age of 35, in 2003 due to his contribution to Microsoft's NET Framework. Gundotra was thankful to Mercedes-Benz Company after the technology equipped in his Mercedes-Benz S-Class auto stop him from a near-crash when Gundotra took his eyes off the road for a few seconds. The innovative technology of his Mercedes made the car stop automatically when he got too close to the car in front of him. To express his thanks he wrote the company a letter, and later they asked Gundotra to star in a 2011 advertisement for the Mercedes-Benz S-Class. 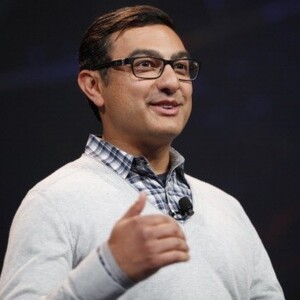