What is Tony Robbins' net worth?

Tony Robbins is an American success coach, professional public speaker, actor, and self-help author who has a net worth of $600 million dollars. Tony Robbins rose to fame in the late 80s thanks to his infomercials that promoted popular seminars and self-help books. Today he owns 33 companies in various industries that reportedly generate a combined $1 billion+ in annual revenue.

Tony Robbins was born Anthony J, Mahovoric on February 29, 1960 in North Hollywood, California. He is the oldest of three children. After his parents divorced when he was 7, Tony's mom married a semi-professional baseball player named Jim Robbins. When Tony was 12, he was legally adopted by Jim and took on his last name. The family lived in Azusa, California and Tony attended Glendora High School, where he was student body president his senior year. During high school a pituitary tumor caused Anthony to grow ten inches in a very short period. As a result, today he stands at 6 feet 7 inches and still has a deep voice.

His family was quite poor and Tony took handyman jobs around town to help his siblings. When he was 17, Anthony began following the motivational speeches of Jim Rohn. He soon got a job promoting Rohn's seminars.

In 1983, Tolly Burkan taught Robbins how to fire-walk. This would become his signature event at future seminars and events. 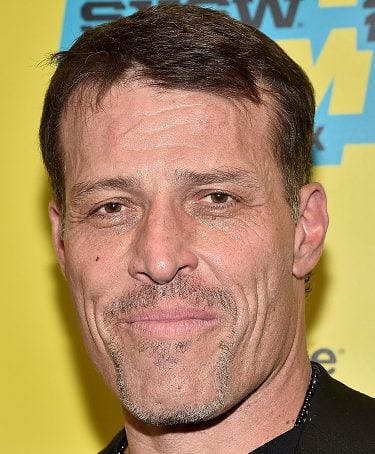 In an interview with the Los Angeles Times, Tony revealed that his annual income in 1984 was $40,000. He reportedly made over $1 million in 1985 and has not made less than $1 million per year ever year since, with recent years exponentially higher. By 1991 his company was generating $50 million per year in revenue. By 2005, Tony was personally earning north of $30 million per year in profits from his empire. He reportedly earns more than $10 million today from his program "Unleash the Power Within" alone. People regularly pay $10,000 to attend his seminars and he charges $300,000 – $1 million for a private speech.

Robbins' self-help products, audio programs, and seminars feature Ericksonian hypnosis and Neuro-linguistic programming. Robbins' seminars include four-day events such as Mastery University, Date With Destiny, Unleash the Power Within (UPW), and Business Mastery. Robbins has been a featured speaker at the 2007 Technology, Entertainment and Design (TED) conference and at several Real Estate Wealth Expos sponsored by the Learning Annex. Robbins' presentation is ranked as one of the Top 10 TED Talks of all time.

Tony Robbins has been sought out by hundreds of the world's most powerful leaders including former President Bill Clinton, Salesforce CEO Marc Benioff and Oprah Winfrey.

In 1991, he founded the Anthony Robbins Foundation. The organization supports youth, homeless, prisoners and the hungry. The name was eventually changed to "The Tony Robbins Foundation". In 2014 he donated the profits of his fourth book "Money: Master the Game" to the charity Feeding America. Tony has reportedly helped provide more than 100 million meals through Feeding America to date. In 2016 he helped raise over $1 million for Operation Underground Railroad which fights child trafficking. 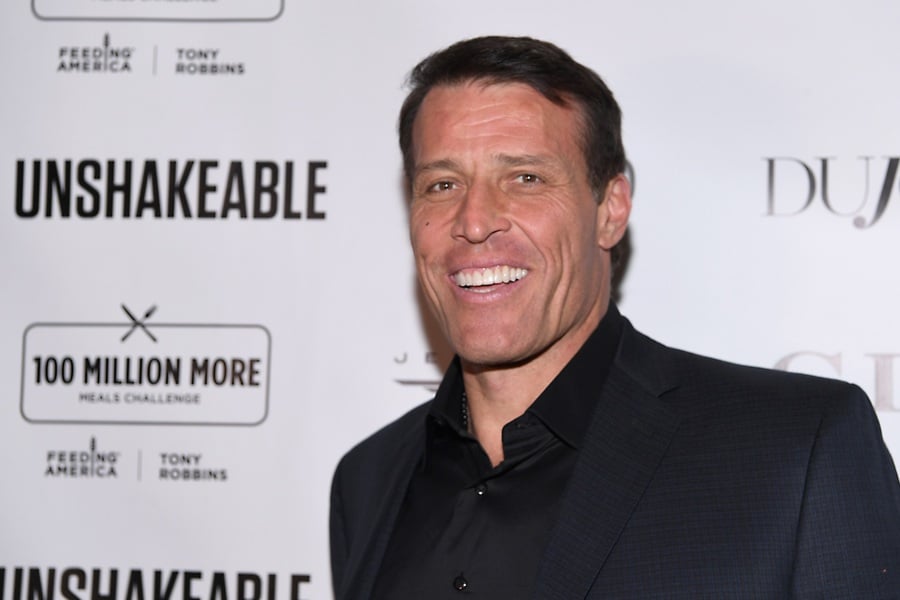 Robbins has appeared as himself in several movies and television shows, including Reality Bites, The Cable Guy, Shallow Hal, The Sopranos and The Roseanne Show. He was the subject of the 2015 Netflix documentary "Tony Robbins: I Am Not Your Guru".

In 2002, Tony and Cloé Madanes founded the Robbins-Madanes Center for Intervention.

In 2014, Tony along with Magic Johnson, Mia Hamm and Peter Guber bought the rights to launch what became the Los Angeles Football Club which began competing in 2018. With Peter Guber he also inveted in the eSports professional gaming organization called Team Liquid.

Since 2013, Tony's primary residence has been a palatial mansion in Lantana, Florida. He purchased the 2-acre property for $24.75 million and proceeded to spend $10 million upgrading the roughly 16,000 square-foot house. He had previously been based in La Jolla, California. In 2004 he paid $875,000 for a home in La Quinta, California. He sold that property in 2017 for $3.25 million.

Tony was married to Becky Robbins from 1984 to 1997. The couple had no children together but Tony acted as a father to Becky's three children from a previous marriage. The year Becky and Tony married, Tony found out that he had fathered a child with a woman named Liz Acosta. Their son is named Jairek Robbins.

Tony has been married to Bonnie "Sage" Robbins" since October, 2001. They married at his resort in Fiji.

Tony Robbins has a net worth of $600 million. He has earned his net worth through a vast self-help empire that includes seminars, books, public speeches, private coaching and more. He is an investor in several businesses and multiple valuable real estate properties. 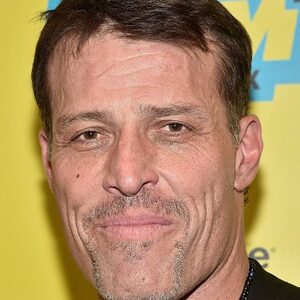