He was born on January 7, 1932 in the United States. Tom Perkins graduated from MIT with a degree in Electrical Engineering and Computer Science in 1952. He then went on to graduate from Harvard University with a Master's Degree in Business in 1957. He combined his computer knowledge and business acumen by becoming the head of administration of research for the newly formed Hewlett-Packard Corporation. He founded University Laboratories in the 1960s. The company was focused on laser innovations and many of the products were derived from Mr. Perkins' own work in optics. University Laboratories later became Spectra-Physics. From there, he co-founded Kleiner, Perkins, Caulfield, and Byers, a major venture capitalist firm located in the heart of Silicon Valley. He then went on to serve on the board of Compaq, serve as CEO of Tandem Computers, and CEO of Genentech, among other computer-related ventures. He is currently on the Board of Directors of Rupert Murdoch's News Corporation. Unfortunately, Tom Perkins died on June 7, 2016 at the age of 84. 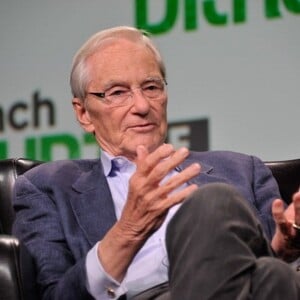