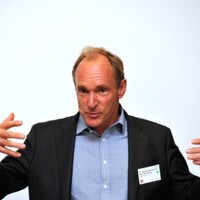 What is Tim Berners-Lee's Net Worth and Salary?

Sir Timothy John "Tim" Berners-Lee is a British engineer and computer scientist who has a net worth of $10 million. Berners-Lee is best known for inventing the World Wide Web protocol in 1989. He is currently a Professorial Fellow of Computer Science at the University of Oxford. Tim also works as a professor at the Massachusetts Institute of Technology.

Outside of his role in the academic community, Berners-Lee is the director of the World Wide Web Consortium, otherwise known as W3C. This organization oversees the development of the internet around the world. Tim also founded the World Wide Web Foundation and works extensively with MIT's Computer Science and Artificial Intelligence Laboratory and the university's Center for Collective Intelligence. Finally, Berners-Lee works with organizations like the MIT Center for Collective Intelligence, the Ford Foundation, the Open Data Institute, and MeWe.

Tim Berners-Lee has won a number of awards and accolades for his contributions to society and the world of technology. In 2004, he was knighted by the Queen of England. He was elected as a Foreign Associate of the National Academy of Sciences in 2009, and he is considered by many sources to be one of the most important people of the 20th Century. In 2016, he received the Turing Award. His role in inventing the World Wide Web serves as the basis for these awards and honors.

Timothy John Berners-Lee was born on June 8th of 1955 in London, England. Raised alongside three siblings by parents who were both computer scientists, Tim was working with technology from a very early age. His parents worked on the first commercially built computer, the Ferranti Mark 1. Although Tim was raised as an Anglican, he abandoned his religion by the time he was a teen.

After attending the Emanuel School in southwest London, Berners-Lee attended The Queen's College at Oxford. He spent three years at the university and earned a first-class bachelor of arts degree in physics. During his university years, Tim succeeded in building a computer out of an old television.

After graduating from Oxford, Berners-Lee worked as an engineer at a telecommunications company. In the late 70s, he started developing type-setting software for printers. By the early 80s, he was working as an independent contractor for CERN. During this period, he first started playing with the idea of sharing and updating information between researchers, and he built an early prototype system called ENQUIRE, which was based on the concept of hypertext.

After leaving CERN, Tim went to work with a computer company in England. For the next three years, he ran the technical side of the business and developed a "real-time remote procedure call," another early example of computer networking. By 1984, he was back at CERN. By this point, CERN was an established part of an early internet system, serving as the largest internet node in all of Europe.

In 1989, Berners-Lee made his crucial contribution to modern technology – he decided to join hypertext with the internet. By connecting hypertext with the Transmission Control Protocol and the concept of domain name systems, Tim gave birth to the World Wide Web. He describes this innovation as an "act of desperation," owing to the fact that working with the web at CERN was needlessly complicated. Although Berners-Lee might have initially set out to make his work easier at CERN, the end result was an incredible contribution to society and humanity as a whole. 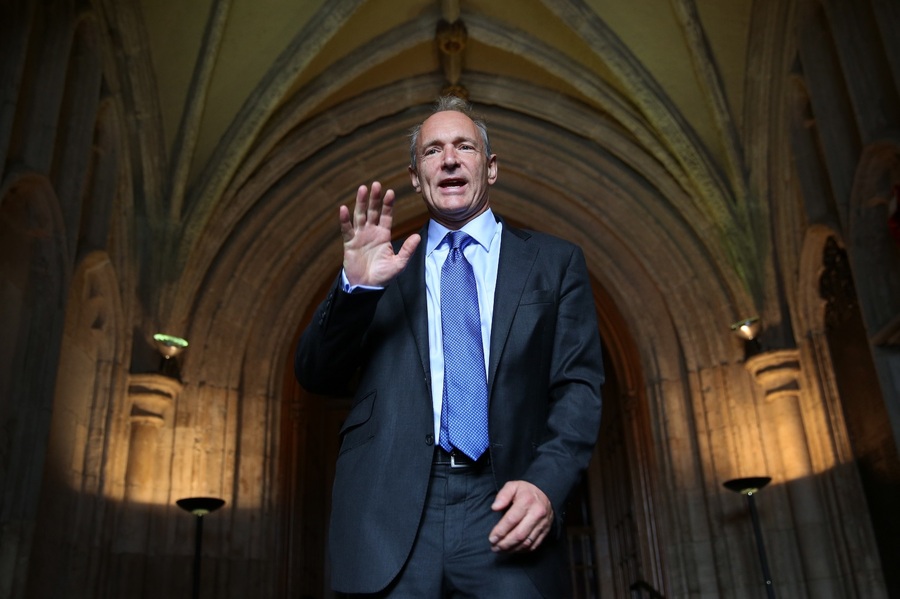 By 1990, he had distributed his proposal. His managers had only a vague understanding of how it would work, but they found it interesting nonetheless. Tim eventually built the first web browser, and this software doubled a web editor. He also created the first web server. In 1990, Berners-Lee created the first website – a page that described his project. Visitors could learn what the World Wide Web was and how to create their own websites. The invention of the World Wide Web is considered by many experts to be the number-one cultural moment that shaped the world. Suddenly, people all over the world could connect with each other, instantly.

In 1994, Tim founded the W3C at MIT. The organization's expressed goal is to create standards and recommendations that improve the quality of the web. Berners-Lee has since worked with the UK government on a number of occasions, first helping make data more open and accessible in 2009. He has since voiced a number of concerns about the web, and in some cases, he has expressed regret when asked about some of the less savory uses of the internet.

Tim is one of the most outspoken voices in favor of net neutrality, arguing that ISPs should supply connectivity with "no strings attached." He even states that net neutrality is akin to a human right. In 2017, he joined 20 other internet pioneers in writing an open letter to the FCC, arguing for the maintenance of net neutrality.

Berners-Lee continues to work on various projects to this day. In 2018, he announced a new startup called Inrupt. The open-source project fuels a commercial ecosystem around the Solid project, helping to give users more control over their personal data. In 2019, Tim launched "Contract for the Web," a campaign that aims to hold governments, companies, and citizens to nine core principles of web use.

In 1990, Berners-Lee married Nancy Carlson, an American computer programmer. They had two children together before divorcing in 2011. After becoming a parent, Tim returned to religion, becoming a Unitarian Universalist (although he still describes himself as an atheist). In 2014, Tim married his second wife, Rosemary Leith. Leith is a Canadian internet and banking entrepreneur.