What is Theo Epstein's Net Worth and Salary?

Theo Epstein is an American sports executive who has a net worth of $30 million. At his peak he earned a salary of $10 million per year. Theo Epstein was the Vice President and General Manager of the Boston Red Sox before becoming the President of Baseball Operations for the Chicago Cubs. He helped end two of the longest World Series droughts in MLB history; The Red Sox won their first championship in 86 years in 2004, and the Cubs won their first championship in 108 years in 2016.

In 2011, Epstein signed a five year $18.5 million contract to become the GM of the Chicago Cubs. He re-signed with the Cubs in 2016 with a 5-year $50 million deal. In total, Theo earned around $70 million during his time with the Cubs alone.

Theo Nathaniel Epstein was born on December 29, 1973, in New York City and raised in Brookline, Massachusetts. He played baseball at Brookline High School and dreamed of one day making a living in the sport. He came from a line of successful people and looked to keep up with his family's accomplishments; His grandfather and great uncle actually won Academy Awards for the screenplay for Casablanca back in 1943. His father was the head writer of the Creative Writing program at Boston University and his sister was the head writer of two separate TV shows. So Theo went to Yale University and served as sports editor of the "Yale Daily News." As an undergraduate, he expressed interest in working for several MLB teams, and his letter to the Baltimore Orioles reached head of personnel and Yale alumnus, Calvin Hill. Epstein interned for three years for the Orioles and was eventually hired as the Public Relations Assistant in Baltimore.

Theo Epstein took a position with the San Diego Padres as Director of Player Development while studying at the University of San Diego School of Law and earning a Juris Doctor degree. Epstein worked his way up to Director of Baseball Operations before leaving to become President and CEO of the Boston Red Sox in 2001. In 2002, Epstein replaced Mike Port as GM

Epstein is credited with making several important moves in his first tenure as General Manager including the trade of Nomar Garciaparra and acquisitions of Bill Mueller and Curt Schilling. The "Curse of the Bambino" was broken when the Red Sox defeated the St. Louis Cardinals in the 2004 World Series. In 2005, Epstein rejected a three-year, $4.5 million contract extension with the team citing personal reasons. He remained in contact with the team's front office and in 2006, an announcement was made that Esptein would resume the role of General Manager and add the title of Executive Vice President. The Red Sox won the 2007 World Series, Epstein's second with the team. 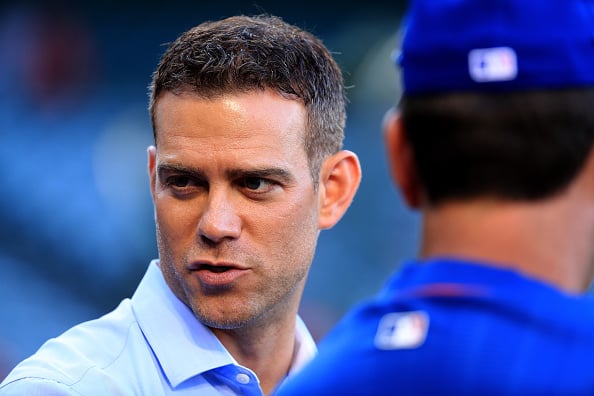 On October 12, 2011, Theo Epstein agreed to a five-year, $18.5 million contract to become President of the Chicago Cubs. The team finished in last place in the National League Central through his first three years with a focus on rebuilding and acquiring young talent, and in 2015, the Cubs clinched a playoff berth and advanced to the National League Championship Series where they were swept by the New York Mets.

But after signing an extension with the club estimated to be worth up to $50 million, the Cubs broke the "Curse of the Billy Goat" by defeating the Cleveland Indians in the 2016 World Series. Epstein stepped down in 2020 and was hired by the MLB as a consultant for "on-field matters" in 2021.

Theo has a twin brother, Paul Epstein, with whom he is a co-founder of "The Foundation to be Named Later." Theo Epstein also runs "Hot Stove Cool Music" biannually in Chicago and Boston. The benefit concerts help raise millions for disadvantaged youth and families. 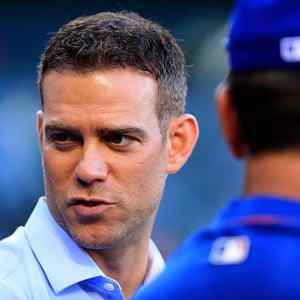