What is Tavis Smiley's Net Worth?

Tavis Smiley is an American talk show host, author, liberal political commentator, entrepreneur, advocate and philanthropist. Tavis Smiley has a net worth of $4 million dollars. Tavis Smiley is known for hosting such shows as "BET Talk," "The Tavis Smiley Show," and PBS's "Tavis Smiley." Before this, he had worked as an aide to Los Angeles mayor Tom Bradley in the late 80s. In 2017, allegations surfaced revealing that Smiley was having sexual relationships with his subordinates, leading to his dismissal from both PRI and PBS.

Tavis Smiley was born in 1964 in Gulfport, Mississippi to single mother Joyce. On his second birthday, his mother married US Air Force officer Emory Garnell. Shortly after, when Garnell was transferred to Grissom Air Force Base, the family moved to Bunker Hill, Indiana, where they lived in a three-bedroom mobile home. Smiley was eventually joined by three siblings, and then by even more children whom his family had taken in. The trailer ultimately housed 13 children. Due to his mother's piety, Smiley attended the local New Bethel Tabernacle Church with his family. As a teen in Sunday School, he and his siblings were accused by the pastor of being unruly and disrespectful; as a result, Smiley was whipped by his stepfather with an extension cord, wounding him. Following a report on the beating from a local newspaper, legal proceedings were launched against the stepfather.

At the age of 13, Smiley became interested in politics after he attended a fundraiser for US Senator Birch Bayh. He subsequently became active in the student council and debate team at Maconaquah High School.

Smiley enrolled at Indiana University in 1982; because his parents refused to complete the financial aid requirements, he entered with only a small suitcase and $50 in cash. During his sophomore year, he became business manager of his dorm, as well as a member of the student senate and director of minority affairs. When his friend Denver Smith was killed by police officers who alleged self-defense, Smiley, disbelieving them, became involved in protests. This led to a work-study internship with Bloomington, Indiana mayor Tomilea Allison.

In his junior year of college, Smiley was under academic probation due to his extracurricular activities interfering with his studies. He later visited Los Angeles to attend a convention for national student leaders, where the cousin of his roommate introduced him to football player Jim Brown. Subsequently, Brown introduced Smiley to fellow football player George Hughley, who was working for Los Angeles mayor Tom Bradley. Smiley repeatedly wrote to Bradley's staff asking for an internship, but to no avail at first. Finally, he landed an unpaid internship, and worked in the Office of Youth Development at Los Angeles' City Hall. Staying in Los Angeles, Smiley served as an aide to Bradley through 1990.

After losing his campaign for a seat on the Los Angeles City Council in 1991, Smiley began his career as a radio commentator. On KGFJ radio, he broadcast one-minute daily segments called "The Smiley Report." Alongside Ruben Navarrette Jr., he also cohosted a local talk show focused on race and politics, particularly pertaining to issues that affected the African-American community. Later, Smiley worked for a local cable network on a community news program, and then worked on television in Montreal, Quebec. In 1996, he served as a regular commentator on the "Tom Joyner Morning Show," a syndicated radio program that broadcasts on urban stations.

Smiley began executive producing and hosting the public affairs discussion show "BET Talk" in 1996. On the show, which was later renamed "BET Tonight," he interviewed prominent celebrities and political figures, covering a wide range of subjects including racism, police brutality, and R&B music. Smiley was host of the show until 2001, when the network announced the termination of his contract due to an alleged violation in which he sold an exclusive interview to ABC News without first offering it to BET. Although Smiley protested the decision, BET did not reverse the firing. 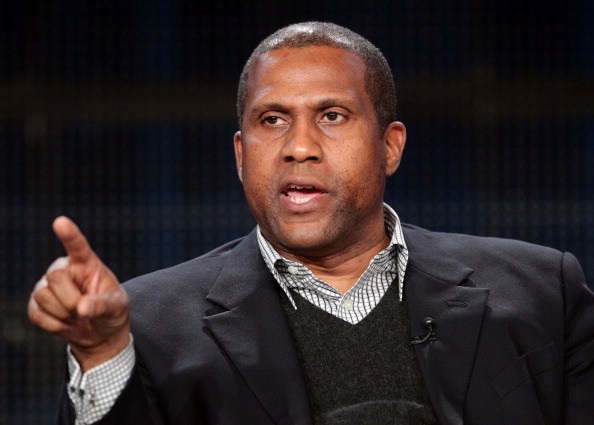 Following his firing from BET, Smiley began hosting "The Tavis Smiley Show" on National Public Radio, on which he interviewed thought leaders, artists, and other newsmakers. He left the show in 2004, feeling that the network was not doing enough to reach a more diverse audience. Subsequently, Smiley launched a weekly version of the program in 2005 that was distributed by NPR's rival Public Radio International. Just before this, Smiley had begun hosting the late-night talk show "Tavis Smiley" on PBS.

For his early talk shows, Smiley won the NAACP Image Award three years in a row from 1997 to 1999. He is also the recipient of numerous honorary doctorates, including ones from Connecticut College and Langston University. Moreover, Smiley was awarded the Du Bois Medal from Harvard University's W.E.B. Du Bois Institute for African and African American Research in 2008.

At the end of 2017, Smiley was indefinitely suspended from PBS due to multiple credible allegations of sexual misconduct. Variety later reported that he had carried out a number of relationships with employees, some of whom felt their employment status was connected to their relationship. Additionally, it was reported that many felt he fostered an environment that was threatening and verbally abusive. Protesting the termination, Smiley went on a nationwide tour defending his innocence, while simultaneously expressing his support of the #MeToo movement. He sued PBS for wrongful termination in 2018, but lost his case. 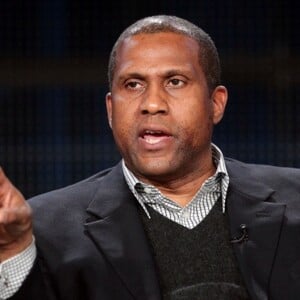