Sylvia Rhone net worth: Sylvia Rhone is an American music industry executive who has a net worth of $20 million. Sylvia Rhone has earned her net worth through her long career in the music industry. Born March 11, 1952 in Philadelphia, Pennsylvania, she served as president of the legendary label Motown Records until 2011, then in 2012 she became CEO of her own self-founded label Vested in Culture, which had a distribution deal with Epic Records.

Rhone was raised in Harlem and has cited her exposure to seminal R&B shows at the famous Apollo Theater as being pivotal to her belief in music as an inspirational force, as well as the reason she ended up working in the music industry professionally. After graduating with a B.S. in Economics from the Wharton School at the University of Pennsylvania, she pursued her passion for music by landing a job as a secretary for Buddha Records in 1974. What ensued was a series of promotions that eventually elevated her to the director of national black music marketing for Atlantic Records within six years. In 1994, Rhone was hired by the Warner Music Group to become the chairman and CEO of the Elektra Entertainment Group, at which time the Los Angeles Times called her "the most powerful woman in the music business", making her the only African American (and the first woman) in the history of the recording industry to attain the dual title. In 2004, her career hit a new peak as she was appointed president of Motown Records as well as executive vice president of Universal Records, where she remained until 2011. In March of 2014 it was announced that Rhone would become the president of Sony Music's Epic Records. She's still with Epic Records today, as well as serving on the Board of Directors for both the Alvin Ailey American Dance Theater and the Rock and Roll Hall of Fame in Cleveland. 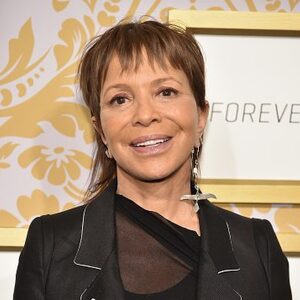