Sternberg's passion for baseball developed as a child while playing the game in the streets and playgrounds of his neighborhood. One of Sternberg's most cherished memories is of watching Sandy Koufax pitch while attending his first Major League game, with his father, at Shea Stadium in 1965. In 1978, Sternberg began his professional career trading equity options part-time at the American Stock Exchange while attending St. John's University, where he earned a degree in finance. After college, Sternberg was hired by investment group Spear, Leeds & Kellogg, eventually becoming a partner in the firm before moving to Goldman Sachs, retiring from that company as a partner in 2002. Sternberg purchased a 48% plurality-share in the previously named Devil Rays (now known as the Tampa Bay Rays) in May 2004 and took over as Managing General Partner in October 2005. He arranged his bid for controlling interest in the team with fellow Goldman Sachs partner Matthew Silverman, whom he hired as the team's President. He has remained a low key owner, who currently sees his primary goal with the team as getting their finances in order. 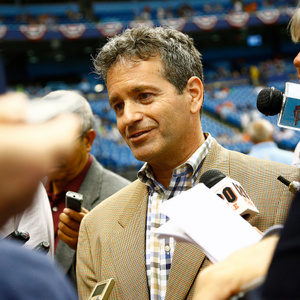