What is Steve Wozniak's net worth and salary?

Steve Wozniak is an American computer engineer who has a net worth of $10 million dollars. Steve Wozniak is probably most-famous for being one of three co-founders of Apple. He co-founded the company on April 1, 1976 with Steve Jobs and Ronald Wayne in Cupertino, California.

If you were expecting a much larger net worth number for Woz, for example $100+ million, please note that Steve has given away the majority of his wealth. Not only did he give away what would have eventually hundreds of millions of dollars worth of early Apple shares to disgruntled fellow engineers in the early 1980s, he has also contributed untold millions to charity.

In November 2019, Woz confirmed that he had given away the "vast majority" of his net worth to charity, primarily to organizations focused on children's education. Today he lives primarily off speaking engagement fees.

Steve grew up in San Jose, California where his father worked as an engineer for the Lockheed Corporation. He attended Homestead High School where Steve Jobs would also attend several years behind. For college Woz briefly attended the University of Colorado at Boulder. He was expelled after hacking the school's computer systems to send prank messages.

Upon returning to California he attended De Anza College and then UC Berkeley. Through a friend named Bill Hernandez, Woz met Jobs. Hernandez and Jobs were a few grades behind Woz at Homestead High. Woz would later describe his introduction to Jobs through Hernandez as follows:

"We first met in 1971 during my college years, while he was in high school. A friend said, 'you should meet Steve Jobs because he likes electronics, and he also plays pranks."

Woz soon took a job at Hewlett-Packard designing calculators and dropped out of Berkeley. Jobs also got a job at HP. This is where the duo truly bonded.

After HP, Jobs was hired by video game maker Atari where company founder Nolan Bushnell offered a $100 bounty for each chip that was eliminated in a game called Breakout. With little knowledge of circuit board designs, Jobs brought the challenge to Woz and offered him half of the bounty they received. Woz ended up removing 50 chips from the game. There would later be some controversy over how forthright Jobs was with Woz about the money he ended up receiving from Bushnell. Jobs apparently told Woz that Bushnell only gave him $700 when in fact he had been paid $5,000.

In 1975, Wozniak began designing what would become the Apple 1 computer. Impressed by what he was seeing, Jobs prodded Woz to launch a company together. Woz felt guilty about creating the Apple 1 while working at HP so he insisted that HP be given the opportunity to buy the technology. When HP declined, Woz and Jobs set out to create their own company.

For financing, Jobs reached out to a co-worker at Atari named Ronald Wayne. In exchange for 10% of the company, Ronald provided some startup capital, drew up the partnership documents, write the very first Apple 1 manual and provide a general level of "adult supervision" for the young upstart. In what might be the worst business decision in history, just 12 days later Ronald sold his 10% stake back to Jobs and Woz for $800.

Wozniak and Jobs assembled the first prototypes of the Apple computer in Jobs' bedroom and later in Jobs' garage.Around 200 Apple 1 units were produced. All but 25 sold. They each cost $666.66.

In 1974, Woz led the team that designed and developed what would become one of the first commercially successful lines of personal computers, the Apple II series. Wozniak is credited with being the sole creator of the original Apple hardware, operating system, and circuit board designs. Wozniak's machines and inventions are credited with influencing the personal computer revolution in the 1970s.

In 1976, Apple's revenues were $175,000. In 1977 revenues grew to $2.7 million. Apple went public in 1980 after doing $117 million in sales. The public offering made over 300 employees at Apple instant millionaires. Woz and Jobs would both soon be worth hundreds of millions of dollars on paper. Woz was worth less than he could have been thanks to his habit of giving shares away to co-workers he thought deserved a bigger stake in the company. 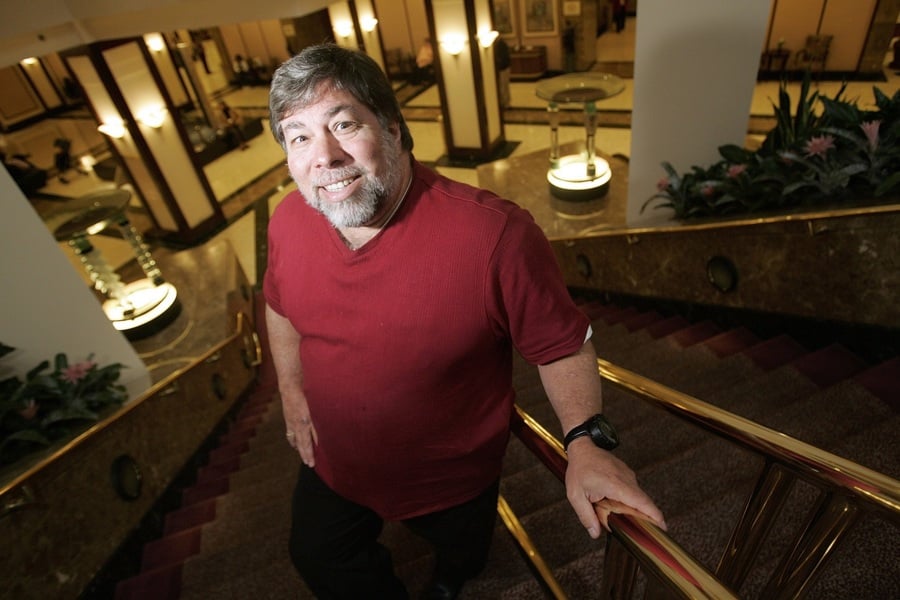 Woz was involved in a nearly-fatal plane crash in 1981 that left him with serious brain trauma. The event caused him to essentially stop working at Apple for several years, during which time he completed his degree (using a fake name) at UC Berkeley.

He returned to Apple at some point but left again by 1985. Technically he never resigned or officially severed his relationship with Apple. To this day Woz is listed as a current employee of Apple and receives an annual stipend of $120,000 for representing the company at public events.

Wozniak co-founded Wheels of Zeus (WoZ, also his nickname) in 2001, to create wireless GPS technology in order to help the average person on the street find everyday things more easily. Since leaving Apple, Wozniak has provided all the money, as well as a good amount of on-site technical support, for the technology program in his local school district. Un.U.Son (Unite Us In Song), is an organization Wozniak formed to support his educational and philanthropic projects.

Wozniak was inducted into the National Inventors Hall of Fame in 2000.

In 2017 he founded Woz U, an online technical school.

Woz helped form the Electronic Frontier Foundation in 1990. He is a major donor to several museums and organizations including the Children's Discovery Museum of San Jose, the Tech Museum and the Silicon Valley Ballet. He provides all the funding and technical support to his local Los Gatos school district schools.

In November 2019 Woz revealed that he had given the vast majority of his wealth to charity, presumably hundreds of millions of dollars. He explained:

"I never wanted to be rich so I gave my wealth away… I support my family by speaking. I've done well and we can afford to live here but are not super rich. I care more about justice and equality than money."

"Don't work for money – it will wear out fast, or you'll never make enough and you will never be happy, one or the other… You have to find the intersection of doing something you're passionate about and at the same time something that is in the service of other people." 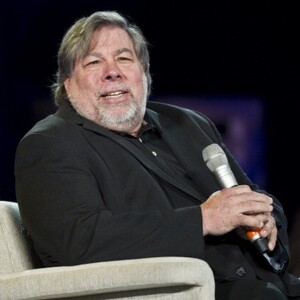