Steve Stoute, a great symbol of the American success story, has a very comfortable net worth of $55 Million. He is an author, entrepreneur, advertising executive and most notably, American record executive. For about 9 years, he served as an executive an many different large music labels, including Interscope Geffen A&M Records and Sony Music Entertainment.

While at Interscope he helped produce such huge acts like U2, Eve, Limp Bizket as well as Eminem's debut album. He then took his immense knowledge of the music industry and took it to the advertising world. It is said that he was one of the pioneers of influencing the way that blue chip marketers and famous musicians connect with consumers. He founded the company Translation, which has married a lot of massive fortune 500 companies like McDonalds, State Farm and Hewlett-Packard and famous musicians like Beyonce and Justin Timberlake to name a few. Because of his immense success, in 2009 the American Advertising Federation inducted Steve Stoute into the Advertising Hall of Achievement, which cemented his position as a genius entrepreneur. If that wasn't enough, in 2005 he became the CEO of a complete line of body and hair care products called "Carol's Daughter. Because of his established connections, he was able to find many celebrity investors like Will and Jada Pinkett Smith, Jay-Z and Mary J. Blige. Stoute's business prowess as well as his notoriety in a variety of fields have earned him the honor of serving as keynote speaker at a multitude of festivals and events, including: the International Consumer Electronics Show, the Sundance Film Festival, South by Southwest (SXSW), Fast Company Innovation Uncensored, and AAF's ADMERICA, plus a main stage appearance at the Cannes Lions International Festival of Creativity. Chances are, he is still not even slowing down and lives a pretty damn good life. Good for him. 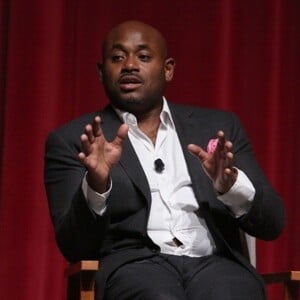