What Was Sol Kerzner's Net Worth and Salary?

Solomon Kerzner, KCMG was a South African businessman and accountant who had a net worth of $600 million at the time of his death in 2020. Kerzner earned his net worth as Founder, Chief Executive Officer, and Chairman of Kerzner International Holdings Limited, and he founded the two biggest hotel groups in South Africa, Sun International and the Southern Sun Hotel Group. His long, successful career has played a pivotal role in the development of the tourism industries of South Africa, Mauritius, the Maldives, Dubai, and the Bahamas. In 2010, Sol was made a Knight Commander of the Most Distinguished Order of St. Michael and St. George (KCMG) for his "outstanding and exemplary contribution in the area of business and community in the Bahamas." Kerzner died of cancer in March 2020.

Sol Kerzner was born Solomon Kerzner on August 23, 1935, in Durban, South Africa. His parents were Russian Jewish immigrants who owned a kosher hotel chain. Sol had three older siblings, and he attended the University of the Witwatersrand, Johannesburg, where he earned a BCom (Hons) in Accounting. He later became a Chartered Accountant and took over the day-to-day operations of running the family's hotel business.

Kerzner bought the Astra Hotel in Durban in 1962, and inspired by the property's success, he built the first five-star hotel in South Africa. The Beverly Hills Hotel opened in Umhlanga in late 1964, then he built a 450-room property called the Elangeni Hotel in Durban. In 1969, Sol partnered with South African Breweries to establish the Southern Sun Hotels chain, and by 1983, the chain included more than 30 luxury hotels. In 1975, he opened the hotel Le Saint Géran on the island of Mauritius, and one of his biggest accomplishments came about in 1979 with the development of Sun City. Over the next decade, Kerzner built four hotels as well as two golf courses, a man-made lake, and an arena that hosted performances by artists such as Queen, Shirley Bassey, Liza Minnelli, and Frank Sinatra. The resort was the subject of the 1985 Artists United Against Apartheid album "Sun City." In 1994, Nelson Mandela asked Sol to arrange a VIP event at his Presidential Inauguration, and around 1,000 people attended the function. In 1996, Kerzner opened the Mohegan Sun casino in Connecticut, and four years later, he added a 1,200-room hotel in collaboration with the Mohegan Tribe of Connecticut. The property is one of the country's largest entertainment and gambling complexes. 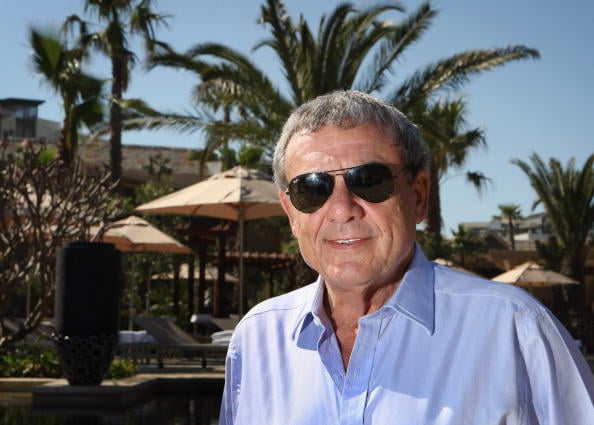 In 1994, Sol purchased the Paradise Island Resort in the Bahamas, which was going bankrupt. After the property was redeveloped and expanded, it included 2,300 rooms and one of the biggest man-made marine habitats in the world. In 2002, Kerzner established One&Only Resorts, which went on to operate eight properties in Mexico, the Bahamas, South Africa, the Maldives, Dubai, Mauritius, and Hayman Island. In 2007, he added two more hotels to Atlantis, Paradise Island called The Reef and The Cove, adding more than 1,000 rooms to the property as well as numerous retail outlets and restaurants. In 2008, he opened Atlantis The Palm, Dubai, and in 2013, he announced the development of an Atlantis hotel in China on Hainan Island that reportedly cost more than $1.6 billion. In 1984, Kerzner and Bophutatswana's Minister of Finance, Leslie Young, struck a deal in which investments by Sun International that advertised apartheid abroad would be tax-deductible. The company paid almost no tax money in South Africa because of tax breaks. In 1987, Kerzner and Young made an agreement that 90% of taxes from entertainers who performed in Bophutatswana would go to Sun International, and entertainers who earned more than R26,000 would be required to give 50% of their income to Bophutatswana.

Sol married four times, and his first marriage was to Maureen Adler. Kerzner and Adler had three children together, Andrea, Butch, and Beverly. Sadly, Butch died in a helicopter crash in 2006. After Sol and Maureen divorced, he married Shirley Bestbier, and they had son Brandon and daughter Chantal together. Shirley died by suicide not long after Chantal was born. Kerzner's third wife was Anneline Kriel, who was Miss World 1974, and they divorced in 1985 after five years of marriage. In the '90s, Sol became engaged to model Christina Estrada, but they split up before making it to the altar. Kerzner was married to his fourth wife, Heather Murphy, from 2000 to 2011. Sol was a contact in sex offender Jeffery Epstein's "little black book." A 2012 "IOL News" article described Kerzner as a "hard-drinking, much-married, chain-smoking mogul with a blue collar background" and stated, "Midas-like, everything he touched turned to gold."

On March 21, 2020, Kerzner passed away from cancer at the age of 84. Sol was surrounded by his loved ones at the Kerzner family home in Cape Town when he died, and a family spokesman stated that Sol would be "buried in a small, private funeral with only immediate family in attendance."

In 2010, Kerzner won the Hospitality Innovator Award from Cornell University's Leland C. and Mary M. Pillsbury Institute for Hospitality Entrepreneurship. "Hotels" magazine named him Hotelier of the World in 2005, and in 2009, he received the Albert E. Koehl Lifetime Achievement Award from the Hospitality Sales and Marketing Association International (HSMAI). Sol has received Lifetime Achievement Awards from the Variety Club Property Awards and International Hotel Investment Forum (IHIF), and he was inducted into the U.S. Gaming Hall of Fame. 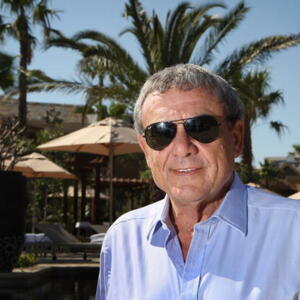