The show, which debuted in 2006, is the original version of The Real Housewives franchise. Slade Smiley first became famous thanks to his engagement to housewife Jo De La Rosa in 2007. That engagement did not last and he eventually moved on to another housewife, Lauri Waring. The two dated for a short time. Waring married George Peterson at the end of season three. Shortly after, Smiley and his ex-girlfriend Jo decided to do a spin off show called Date My Ex: Jo & Slade. The show received terrible ratings and ended up failing miserably. During season five, Slade Smiley was back on the Housewives series this time standing beside housewife Gretchen Rossi. Gretchen had been engaged to Jeff Beizel who tragically died of cancer after the end of season four. It has been reported that Smiley lost his home in 2008 due to foreclosure. It has also been stated that he owed $138,850 in unpaid child support, and back taxes to the IRS. In 2009 Smiley and Rossi became engaged shortly after Smiley's car was repossessed. Many believe he is marrying Gretchen for her money. The couple appeared in a variety show called Keeping It Reality. In 2014 Smiley appeared on the reality TV series Marriage Boot Camp: Reality Stars. In 2018, they unwittingly appeared on Sacha Baron Cohen's prank show "Who Is America". 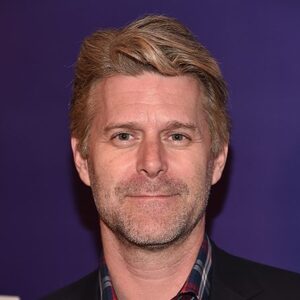