Sky Dayton net worth: Sky Dayton is an American entrepreneur who has a net worth of $275 million. An entrepreneur and programmer, Sky Dayton first opened a series of successful cafes before recognizing the potential of the Internet in the early 90s. He went on to found and run multiple Internet businesses, including Earthlink, Boingo, and Helios.

Sky Dylan Dayton was born New York City, NY in August 1971. His family moved to Los Angeles and his grandfather David DeWitt worked for IBM and helped introduce technology to Sky. Dayton got his first computer at the age of 9. He graduated from The Delphian School and studied the methods of L. Ron Hubbard. He worked for two advertising firms before he was 18. He opened a coffee house/art gallery with friends when he was 19 in 1990. In 1992 he started an advertising and design firm called Dayton/Walker Design. The firm had clients such as Disney, Fox Television, Sony Pictures, Columbia Pictures, and Warner Brothers. In 1994 he started the company EarthLink after realizing the internet was going to be a big market. At one point the company was growing between 5 and 10 percent a week. He partnered with Steve Jobs at Apple and grew EarthLink to a billion dollar a year company. In 1999 Dayton formed eCompanies with Jake Winebaum. In 2001 he started Boingo Wireless and has grown to be one of the largest Wi-Fi companies in the world. In 2005 he became the CEO of Helio which was acquired by Virgin Mobile USA. Dayton is married and has three children and is a Scientologist. 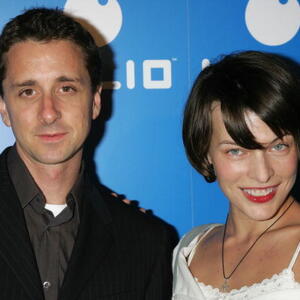