Simon van Kempen net worth: Simon van Kempen is an Australian-born New York-based businessman who has an estimated net worth of $2 million dollars. He is probably best known as the quirky husband of The Real Housewives of New York cast member, Alex McCord, but he has been working successfully in the hospitality business for many years.

Since 1984, Simon has worked his way through management and director's roles and been employed in hotels in Australia, the UK, France and the USA in addition to working as a traveled consultant in another 6 countries around the world. Simon van Kempen was formerly the General Manager of Hotel Chandler, but recently launched a social media venture for hotels in addition to returning to the world of consulting that he was working in when he first met Alex. Simon was born on March 14, 1964 in Brisbane, Australia and married Alex McCord in 2000. Simon and Alex have two sons, Johan and François, who they are raising in Brooklyn. In 2010, Simon and Alex wrote a book about raising their young children, 'Little Kids, Big City,' and the book continues to sell as their children continue to grow and progress through school. The couple recently appeared on the hit VH1 series, Couples Therapy, where they worked out some of the difficulties in their marriage in group sessions and through private counseling with the show's therapist. 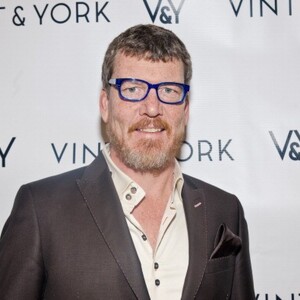