Sidney Harman net worth: Sidney Harman was an American engineering and businessman who had a net worth of $600 million dollars. Sydney Harman was born in Montreal, Canada in August 1918 and passed away in April 2011. He was raised in New York City, NY. Harman graduated with a degree in physics and worked as an engineer at the David Bogen Company. He and Bernard Kardon made the world's first integrated hi-fi receiver. The pair founded Harman Kardon in 1953. The company manufactures home and car audio equipment. He authored books including Starting With the People, which Harman co-authored with Daniel Yankelovich. Harman was appointed as undersecretary of the United States Department of Commerce in the Carter administration. He took office in 1976 and sold his company to Beatrice Foods. Sidney left in 1978 and created Harman International Industries. By 1989 the company's International sales were over $500 million. For three years he served as president of Friends World College. Harman was named "Entrepreneur of the Year 2007" by the University of Southern California Lloyd Greif Center for Entrepreneurial Studies. In 2010 he purchased Newsweek for $1 and assumed the company's $47 million in liabilities. Sidney was married to Jane Harman. Sidney Harman passed away on April 12, 2011 at the age of 92 of complications from acute myeloid leukemia. 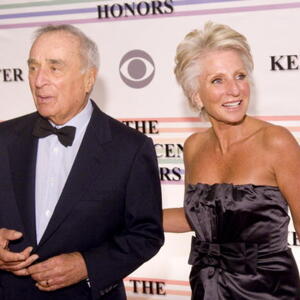