Shawn Colo net worth: Shawn Colo is a U.S. media-based executive who has a net worth of $100 million dollars. A graduate of Princeton, Shawn Colo went on to co-found Demand Media, an online media company in 2006. Prior to founding Demand Media, he worked as a principal for Spectrum Equity Investors in the Europe and the US.

In April 2006, Colo co-founded Demand Media (DMD), a content and media company which operates online brands such as eHow and Cracked-known for creating online content through its Demand Media Studios division (DemandStudios.com), based on measured consumer demand and a forecasted return on investment. The Princeton-educated entrepreneur is the Executive Vice President of Corporate Development, where he is responsible for the leading the charge in mergers and acquisition activities as well as strategic corporate partnerships. Colo has led over 30 acquisitions of websites and technology companies in addition to completing over $450 million worth of equity and debt financings for Demand Media. He was formerly a principal with Spectrum Equity Investors, a large private equity firm. He also sits on the Board of Directors of KCRW, Southern California's leading National Public Radio affiliate and is touted as being a tastemaker for new music from around the world. 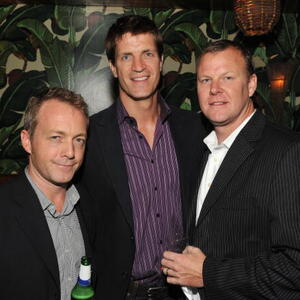