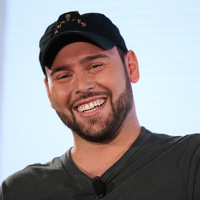 What is Scooter Braun's Net Worth?

Scooter Braun is an American music manager who has a net worth of $500 million. Scooter Braun's career was launched thanks Justin Bieber. Scooter discovered Bieber on YouTube in 2006 when the musician was just 12 years old. On the enormous success of Justin's career, Scooter built an empire that today includes artist management, song catalog investments and much more. In April 2021, Scooter sold his music investment firm, Ithaca Holdings, to a South Korean conglomerate for $1 billion. More on this transactions later in this article.

Scooter was born Scott Samuel Braun in New York, New York on June 18, 1981. Braun was a successful athlete during his school years and an award-winning filmmaker.

He attended Emory University where began organizing parties while he was a student. His parties became so popular that he was asked to organize after-parties for stars such as Britney Spears, Eminem, and Ludacris. He was subsequently invited to work for Jermaine Dupri's So So Def Records. He became the executive director of marketing while he was still a college student.

Scooter left school after his junior year to focus on his career. He managed events for the NBA and for all of Britney's Spears Onyx Hotel Tour.

One of his biggest early successes was brokering a $12 million promotional partnership between Ludacris and Pontiac. As part of the deal Ludacris drove a Pontiac in one of his music videos and his song was featured in a Pontiac commercial.

In 2006 Scooter was shown a video of a 12 year old named Justin Bieber performing a Ne-Yo cover song on YouTube. Scooter reached out to Justin's mother Pattie and convinced her to visit him in Atlanta for a trial period. After working with Justin and Pattie for several weeks he eventually convinced them to move from Canada to the United States. Once in the US, Scooter pitched Justin to several artists including Justin Timberlake, Ludacris and Usher Raymond. Usher then convinced his mentor L.A. Reid to sign Justin to a deal with Island Def Jam as the first artist under the newly formed Raymond-Braun Music Group. As you likely know, Justin Bieber went on to become one of the biggest popstars in the world with hundreds of millions of albums  and singles sold worldwide.

Today Scooter Braun works primarily as a talent manager while also running his own record label, Schoolboy Records. His clients include Asher Roth, Cody Simpson, Ariana Grande, Martin Garrix, Carly Rae Jepsen, Psy, The Wanted, Tori Kelly, and many more. Braun was named Best Talent Manager in 2016 at the International Music Industry Awards. In 2012 he appeared on the cover of Billboard magazine's Forty Under Forty edition. The next year he appeared on the cover again alongside Troy Carter and Guy Oseary. At the 2016 Billboard Touring Awards Braun received the Humanitarian Award for his charitable work. Other artists who have been represented by School Boy Records include CL, Rixton, The Black Eyed Peas, Todrick Hall, Karlie Kloss, Cody Simpson, Lil Dicky, The Knocks, Madison Beer, and Cruz Beckham. 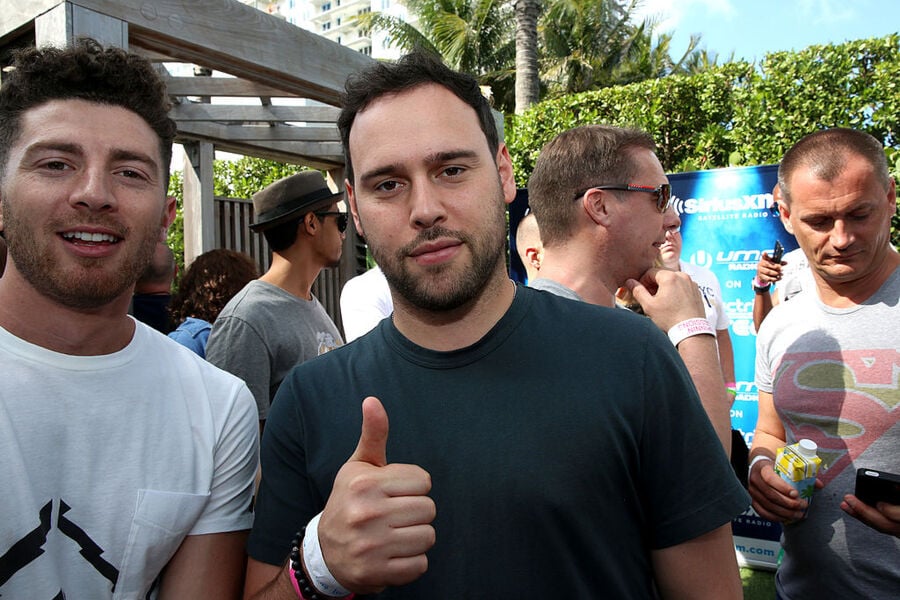 
Scooter Braun married philanthropist and health activist Yael Cohen in 2014. The had three children together before he filed for divorce in July 2021. Their divorce was finalized in September 2022.

According to the terms of their divorce settlement, Scooter paid Yael $20 million equalization payment and will pay her $60,000 per month in child support. Yael retained their $30+ million compound in Brentwood (which we describe in a moment), several pieces of art, some bank accounts and a Land Rover Defender. Scooter walked away with his $65 million mansion in Brentwood (which was acquired after the separation), a $40 million Gulfstream G450 private jet and over 100 pieces of art valued at north of $100 million.

In November 2014 Scooter and Yael spent $13.1 million to acquire a mansion in Brentwood, California. Yael's parents David and Diane have owned a $12.5 million house across the street since 2018. In January 2020, Scooter and Yael bought the house next door in an off-market transaction for $18 million. The sellers were John Travolta and his wife Kelly Preston who paid $3.5 million for the home in 1993.

In September 2021, a few months after filing for divorce, Scooter bought a $65 million mansion in Brentwood.

In February 2022 Scooter sold a waterfront home in Austin Texas for $18 million. He quietly purchased the home two years prior for an undisclosed amount.

In September 2022 Scooter bought a home known as Villa Tragara in Montecito from Ellen DeGeneres for $36 million. Here is a video tour of that home:

In 2010 Scooter launched an investment and holding company called Ithaca Holdings LLC with $120 million in venture funds raised from firms including Spotify and Uber. In 2017 private equity firm Carlyle Group became a minority investor in Ithaca. In 2019 Carlyle Group injected another major round of funds at an $800 million valuation. After the investment Braun is still reportedly the majority owner. Ithaca owns ventures across multiple industries including television, film and technology.

On June 30, 2019 it was revealed that Scooter reached a deal to acquire Big Machine Records for a reported $300 – $350 million with backing from Carlyle. Big Machine was founded in 2005 by Scott Borchetta. Borchetta discovered and signed a 15 year old singer named Taylor Swift after seeing her perform at Nashville cafe. With the acquisition, Scooter became the owner of Taylor's first six albums as well as a roster of artists including Sheryl Crow, Thomas Rhett, Florida Georgia Line and Lady Antebellum.

The announcement of Braun's acquisition swiftly led to a public lash-out from Swift who was incensed that she was not able to buy the albums herself AND that they went to someone she personally despised. Swift announced her intention to re-record the masters which would allow her to significantly reduce the value of the original masters.

On November 17, 2020 it was announced that Scooter had sold Taylor Swift's catalog to an investment firm called Shamrock Capital which was founded by Roy E. Disney, one of Walt Disney's nephews. The sale was reportedly for a higher amount that Braun paid a year and a half prior.

Swift was reportedly offered a chance to become an equity owner in her catalog with Shamrock, but turned down the offer after learning that the terms of the sale would allow Scooter to continue earning royalties off her music for years to come. Swift also claimed she was offered the chance to buy her catalog from Braun but was asked to sign an contract that would forbid her from making negative comments about the music manager forever.

In her rejection of the partnership offer, Taylor reportedly informed Shamrock that she still intended to proceed with her plan to re-record her masters.