What is the Rothschild Family's Net Worth?

The Rothschild Family was a family of five sons and their father who created a banking empire during the 1800s, and today the Rothschilds have a collective net worth of $400 billion. Known as one of the wealthiest families in history, the Rothschilds have become quite influential – although in the modern era they are said to be less powerful than in previous generations.

The Rothschilds have Jewish roots, and they originated in Frankfurt, Germany. They eventually established an international banking empire with a strong presence in major cities such as London, Paris, Vienna, and Naples. Since coming to prominence, the Rothschilds have been elevated to the noble rank in the United Kingdom and the Holy Roman Empire. They have also been given their own coat of arms.

Today, the Rothschild family is still quite active in the business world, with significant interests in mining, financial services, real estate, agriculture, winemaking, and philanthropy. The Rothschilds have undoubtedly left their mark on the history of Europe, and their lavish palaces and estates across the continent stand testament to their incredible wealth and influence.

Although the Rothschilds certainly stretch back much further, the first known ancestor of the family was Izaak Elchanan Rothschild, who was born in 1577. The name "Rothschild" roughly translates to "red shield," which is a reference to the family's original house in Frankfurt. For the next 200 years or so, the family was relatively unknown on the international stage.

This all changed in 1744 when Mayer Amschel Rothschild was born. Mayer's father was a money changer who did business with the Prince of Hesse, and this laid the groundwork for the family's royal connections in the future. Mayer established a finance house in a Jewish ghetto in Frankfurt, and he subsequently expanded his influence to European cities across the continent. For each of his five major financial centers, he installed one of his sons as the primary overseer. To this day, the Rothschild coat of arms features a clenched first with five arrows, with each representing one of Mayer's sons and a distinct Rothschild dynasty.

Mayer Rothschild made sure to keep everything in the family. Arranged marriages to first and second cousins ensured that the lineage never strayed to outside influences. The fact that only the Rothschilds had control of their international banking system also ensured that their true wealth was a complete secret to most common folk. That being said, Mayer's descendants began to marry outside of the family towards the end of the 19th century, and for the most part, they became intertwined with various royal families.

A major turning point came during the Napoleonic Wars during the early part of the 19th century. Although it has been suggested that Nathan Mayer single-handedly crashed the London stock market by spreading rumors that the British had lost the Battle of Waterloo, most mainstream scholars agree that this is a fabrication. However, it is true that Nathan Mayer profited immensely after the end of the war after providing huge amounts of funding to the British forces.

Essentially, Nathan Mayer bought up the government bond market and predicted that these British bonds would bounce after two years. His predictions were correct, and after two years he sold the bonds for a 40% profit. It is difficult to comprehend the sheer level of wealth this bestowed upon the Rothschild family, and this is one of the main reasons why Nathan Mayer is credited with uplifting his family fortune to astronomical levels. 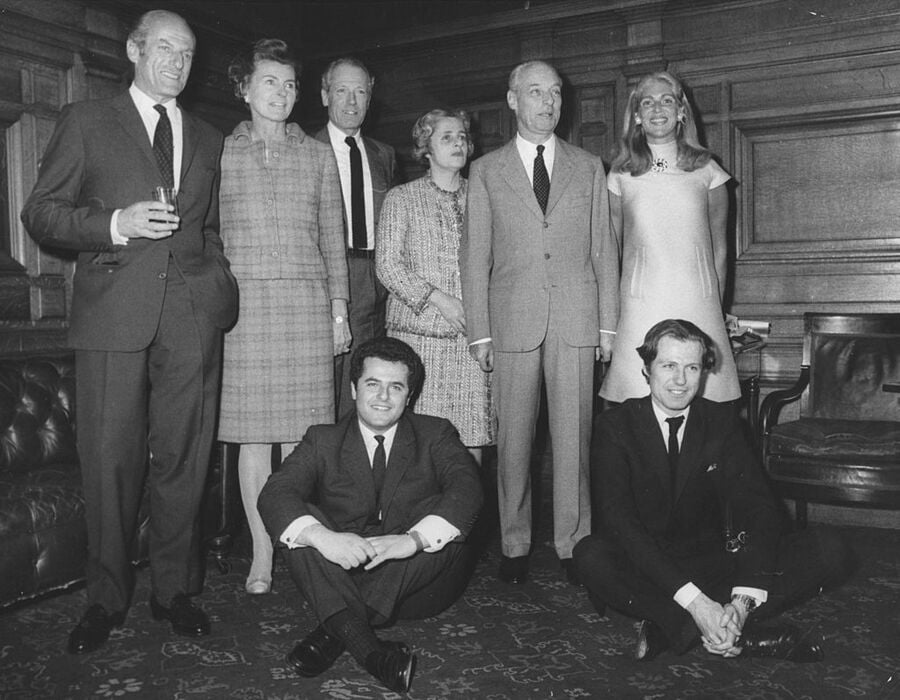 During the modern era, the Rothschilds have taken a much less central approach to international banking and finance. They have donated many of their estates and pieces of art to the public, and today they are much less likely to engage in lavish displays of wealth. The most important business entity for the family is The Rothschild Group. This group controls a number of Rothschild financial companies around the globe.

In 2001, one of the Rothschild mansions was put on the housing market for 85 million pounds. At the time, this was the most expensive residential property in history. Built entirely out of marble, the 9,000-square-foot property is located at Kensington Palace Gardens in London. The property also features an underground parking garage that can fit 20 cars.

Connection With the Rockefeller Family

In 2012, one of the Rothschild's major investment trusts purchased a 37 percent stake in a wealth management group owned by the Rockefeller family.

Prominent Members of the Rothschild Family

There are a number of prominent Rothschilds alive today. These include David Mayer de Rothschild, a billionaire and environmentalist. There is also Hannah Mary Rothschild, a documentary filmmaker. Nathaniel Philip Rothschild is the co-chairman of Atticus Capital, a hedge fund worth $20 billion. One name you might have heard is James Rothschild, who married Nicky Hilton in 2015.