Robert Kiyosaki net worth: Robert Kiyosaki is an American investor, businessman, author, motivational speaker, and financial commentator who has a net worth of $100 million. Best known for a series of books called Rich Dad Poor Dad, Kiyosaki has become one of the most prominent names associated with self-help and life coaching, especially in regards to financial advice. Most of his revenue comes from seminars conducted by separate individuals who pay to use the Rich Dad brand name for marketing reasons.

Early Life: Robert Kiyosaki is a 4th-generation Japanese American, otherwise known as a "Yonsei." Robert was born to Ralph and Marjorie Kiyosaki on the 8th of April in 1947. His father was an educator who held a Ph.D. at the time of his death in 1991. Robert Kiyosaki would later ridicule those who took the time to earn a Ph.D., indirectly referencing and criticizing his father for his poverty and unemployment in his later years. Robert was born and raised in Hilo, Hawaii, and graduated from high school in 1965.

After high school, he attended Naval College and eventually joined the U.S. Marine Corps after his brother joined the Air Force to fight in the Vietnam war. He became a helicopter gunship pilot and served in Vietnam from 1972 to 1973. Robert Kiyosaki has stated that his time as a U.S. Marine gave him the strength of character needed to succeed in the business world.

After his tour in Vietnam, Kiyosaki attended college in Hilo, Hawaii. After earning an MBA, he started to venture into the business world for the first time. He worked as a sales associate for Xerox until 1968, at which point he started his first business.

Early Attempts at Entrepreneurship: Robert Kiyosaki's first business revolved around selling nylon/velcro wallets. These were among the first wallets of their kind, and the business experienced moderate success. That being said, it eventually went bankrupt. His second attempt was a retail company that sold t-shirts. He licensed the rights to make apparel for various Rock bands, including hats, wallets, and bags. Once again, the company went bankrupt. By 1980, Robert Kiyosaki shifted his focus more towards education.

Early Educational Businesses: Robert Kiyosaki's first foray into the world of education began with a company called the Excellerated Learning Institute. It was Robert's first attempt at business education, although the company also focused on educating students on social responsibility. The entrepreneur started the company in 1985 and sold it in 1994.

In the mid-90s, Kiyosaki started to build the education empire that would help him earn his fortune. It started with the publishing of his first book: If You Want to Be Rich and Happy, Don't Go to School. As the name suggests, the book was critical of college education as a pathway to success and encouraged readers to become involved in real estate instead. At this point in time, Robert and his second wife were heavily involved in real estate themselves.

The most critical point of progress came when Kiyosaki founded Cashflow Technologies, Inc. in 1997. This was the financial education company that would own and operate the Rich Dad brand, among others. During the same year, Robert Kiyosaki published his most famous book, Rich Dad Poor Dad. 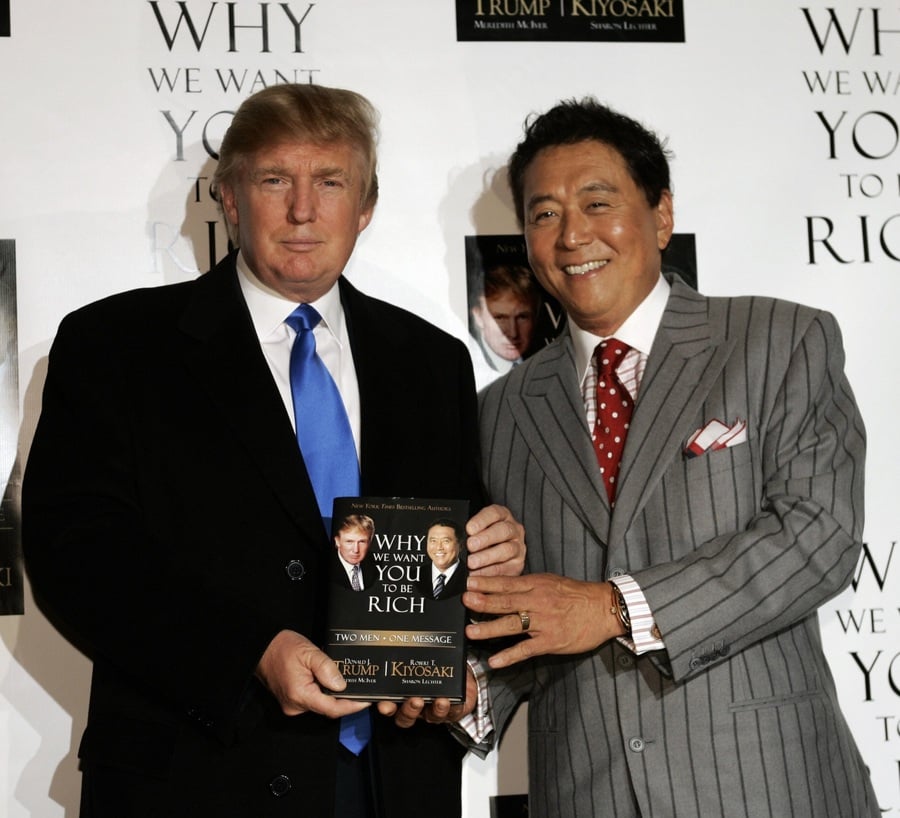 Rich Dad Poor Dad: The book has sold over 32 million copies and was originally self-published. After gathering momentum, the book was picked up by major publishers and remained on the New York Times' Best Sellers list for over six years. The Oprah Winfrey Show also boosted sales after its host mentioned the book. Without a doubt, the book launched Robert Kiyosaki's career in earnest, winning him fame and financial success.

The book is about two fathers, one of which is poor while the other has accumulated wealth after intelligent investments and entrepreneurship. Later, Robert Kiyosaki revealed the "rich dad" to be a fictional character, while the "poor dad" is allegedly based on Robert's own father. Rich Dad Poor Dad delivers a series of financial lessons, including those related to real estate and starting a business.

The book was commercially successful, although it has been criticized for many reasons. The most glaring issue is that none of the financial success stories that Kiyosaki speaks about have been documented. No one has been able to prove that Kiyosaki was actually involved with the level of financial success he discusses in this book. In addition, many have criticized the book for being too vague and ridiculing American culture. Robert Kiyosaki has since claimed that the book was not intended to be a guide for financial success, but rather a motivational tool.

Later Books: After Rich Dad Poor Dad, Kiyosaki published many other books. These include Cashflow Quadrant: Rich Dad's Guide to Financial Freedom, as well as books co-authored with Donald Trump, such as Why We Want You to be Rich: Two Men, One Message. In total, Kiyosaki has published over a dozen books.

Seminars: In addition to writing books, Robert Kiyosaki's business model focuses on seminars. These seminars are typically conducted by other experts through a franchise-like approach. Some seminars are free, while others can cost hundreds or even tens of thousands of dollars.

Criticism: Robert Kiyosaki has received considerable criticism over the years. Many complain that his seminars contain no real, concrete information. Robert Kiyosaki has also been involved in multi-level marketing. Some of his books and seminars have advocated questionable or even illegal actions, such as insider trading or dropping out of college. His company also recommended investing in real estate in 2007, shortly before the economic recession of 2008.

Company Bankruptcy: In 2012, Kiyosaki's company went bankrupt after a series of class-action lawsuits. His company was sued by attendees of his seminars who felt they were scammed. His company was also sued as a result of royalty disputes. Losing in court left the company in bad shape, and so Kiyosaki chose bankruptcy. 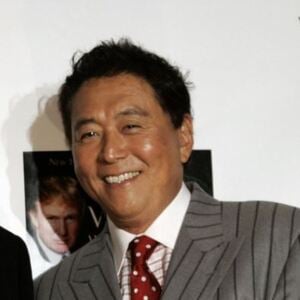