What is Robert Herjavec's net worth?

Robert Herjavec is a Canadian businessman, investor, and television personality who has a net worth of $300 million. Robert Herjavec is best known thanks to his work on the popular reality business TV series Shark Tank. On the show Robert and his fellow "Sharks" assess startup business proposals and ideas put forth by contestants. He also appeared in the Canadian version of the show, Dragon's Den. Aside from his role as a television personality, Herjavec is a genuinely successful entrepreneur. The venture capitalist started an impressive empire based around internet security and is one of the most notable success stories of an immigrant to Canada.

Robert Herjavec immigrated to Canada from present-day Croatia at the age of eight. Growing up in former Yugoslavia was challenging for Herjavec's family, especially his father. The patriarch of the family was often jailed for speaking out about communism. This was one of the factors that prompted the family to search for new opportunities in Canada. According to Robert Herjavec, the family arrived with only $20 to their name and a single suitcase.

Eventually, they moved to Toronto, where Robert attended school while his father worked in a nearby factory. Robert barely spoke English when he arrived, and he was frequently ridiculed by his classmates. He also struggled with the fact that he was in a lower economic class compared to many other Canadians. The family lived in a basement for over a year after immigrating.

By 1984, Robert had graduated from the University of Toronto. Although he would later become a major entrepreneur, his university education didn't reflect this fact. He left post-secondary education with a degree in English literature and political science. These qualifications weren't immediately applicable to well-paying jobs, and Robert instead found himself waiting tables, delivering newspapers, and taking a range of other minimum-wage jobs in order to help support his family.

Robert found work as a third AD (assistant director) in the film industry, but schedules were inconsistent and there were long breaks between productions. To continue earning money during these breaks, Robert Herjavec found himself applying for a range of different jobs. One of these jobs involved selling computer equipment for a company called Logiquest. Although he wasn't qualified, he convinced management to take him on as an unpaid intern for 6 months. Soon enough, he had climbed the corporate ladder to become the general manager of the company. 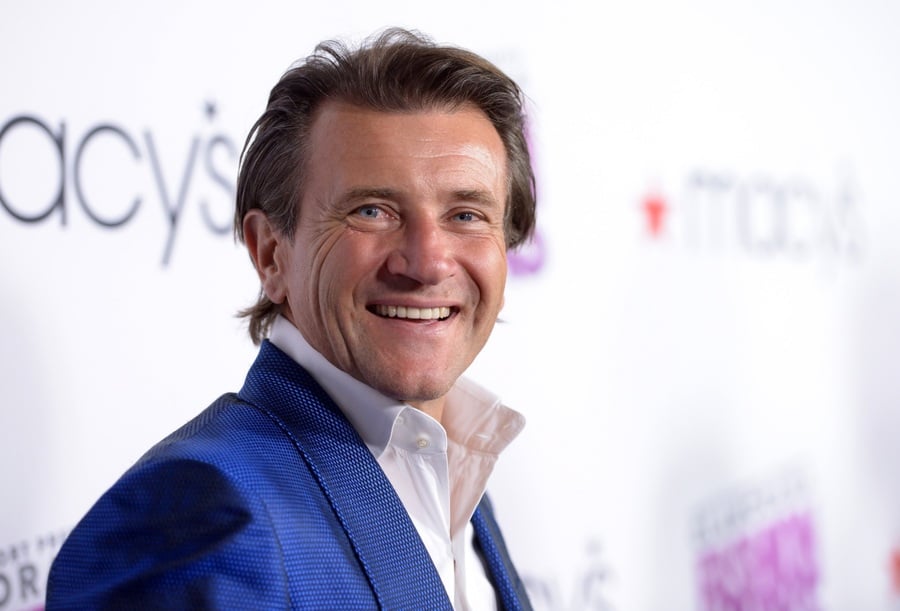 Herjavec left Logiquest in 1990 to create his own company called BRAK Systems. The company specialized in internet security software, and Robert built the entire business from his basement. Ten years after its founding, AT&T Canada bought BRAK Systems in 2000 for over $30 million. Robert took a hiatus from entrepreneurial work to take a position as VP of Sales at Ramp Network before building his own business once again in 2003.

The entrepreneur's next project was The Herjavec Group. This venture would prove to be Robert's most successful business, and in 2020 it was one of the fastest-growing software companies in Canada. The company specializes in internet security solutions and services. It's also Canada's biggest provider of IT security services. Although the company started relatively slowly with $400,000 in sales during the first year, these numbers have skyrocketed. In 2017, it was reported that The Herjavec Group was generating $200 million in annual revenue.

Robert Herjavec became a household name thanks to his appearance on both Dragon's Den and Shark Tank. On the latter he is joined by fellow "Sharks" Mark Cuban, Kevin O'Leary, Daymond John, Barbara Corcoran and Lori Greiner.

On the show Robery has invested in hundreds of ideas brought forth by contestants. One of his most successful investments was a $100,000 in a company called Tipsy Elves in exchange for a 10% equity share. This proved to be a shrewd financial decision, as it was announced in 2018 that the company had generated $70 million in sales since its launch.

Robert Herjavec has published several books in the "self-help" or financial advice genre. In 2010, he published Driven: How to Succeed in Business and Life. In 2013, he released The Will to Win: Leading, Competing, Succeeding, and later gave a series of presentations based on the principles outlined in this book. In 2016, he published his third book, entitled You Don't Have to be a Shark: Creating Your Own Success.

In 1990, Robert Herjavec married his first wife – Diane Plese. After a 24-year marriage that had taken the couple through Herjavec's entrepreneurial successes, they separated. Two years later, a divorce was formalized. During their relationship, the couple had three children; two daughters and a son. Although his ex-wife received payments as a result of the divorce, the sum was increased in 2019 when a judge ordered Robert to pay further compensation. In total, Diane Plese received $25 million.

The divorce took a massive toll on Herjavec's mental state, and he reportedly struggled with suicidal thoughts and depression. During this time, Herjavec became more involved with charity and donated considerable sums to a homeless shelter in Seattle.

In 2015, Robert Herjavec participated in the 20th season of Dancing with the Stars. He was partnered with a dancer from Australia named Kym Johnson. The pair finished in sixth place. Kym would later become his wife. In 2017, the couple welcomed twins into the world.

In 2000, while he was still married to Diane Blese, Robert paid $7 million for mansion in an upscale Toronto neighborhood called The Birdle Path. He sold this home in March 2020 for $17.4 million.

In July 2021 Robert was revealed as the buyer of a 6,200 square foot New York City condo in a building known as One57. Robert paid $34.5 million for the condo, which was actually a major discount from the $45 million the unit had been seeking a year earlier. Robert's $34.5 million is around $13 million less than the seller paid in 2015. Perhaps most importantly, the seller was represented by Robert's "Shark Tank" co-star's real estate firm The Corcoran Group!

In January 2023 Robert bought a new mansion in Hidden Hills. His new mansion is 14,700 square feet, situated on 7.4 acres and cost $26 million. Here is a video tour of his Hidden Hills mansion:

Robert and Kym also own a vacation property in Newport Beach, California and a home back in his native Toronto.