What is Rick Caruso's net worth?

Rick Caruso is an American businessman who has a net worth of $4 billion. Rick Caruso is the founder of Caruso, a real estate development company (formerly known as Caruso Affiliated). Caruso has developed some of Southern California's most-popular malls. His malls include The Grove, the Americana at Brand, the Palisades Village and the Calabasas Commons. Before founding his company, Caruso was the youngest commissioner in the history of the Los Angeles Department of Water and Power.

In February 2022 Rick Caruso formally announced his candidacy for Mayor of Los Angeles.

Rick Caruso was born in Los Angeles, California on January 7, 1959. His father Henry was the founder of Dollar Rent-A-Car and owned many car dealerships in LA.

Rick attended the University of Southern California where he earned a bachelor's degree. He then earned a law degree from Pepperdine University. Rick had a brief career as a real estate lawyer working for developers, but had a growing interest in getting into the real estate business himself.

In 1987 he founded his own company. He spent the next 15 years developing industrial buildings and projects up and down California. Some of his finest early developments include The Grove at Farmers Market located in Los Angeles and the Americana at Brand in Glendale.

In Las Vegas, Caruso Affiliated worked with Caesars for more than three years providing design, merchandising, leasing and strategy for the Linq, a one-of a kind retail and entertainment destination that stretches for a quarter mile and is comprised of 178,000 square feet of restaurants, bars and clubs, 37,000 square feet of retail and 70,000 square feet of entertainment venues. Caruso Affiliated consulted on the project, which transformed a back alley into a first-of-its kind, world-class retail destination on the Strip. Moving forward, Caruso will provide operational oversight and day-to-day management. 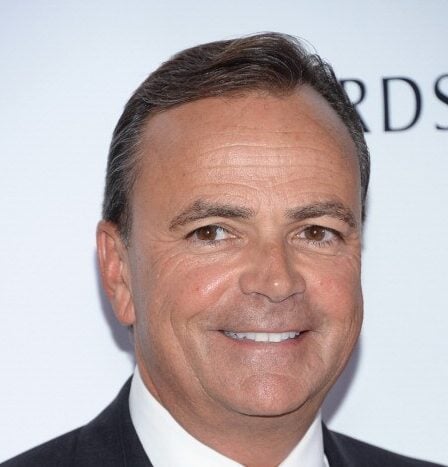 Caruso is a current member of the Los Angeles Coliseum Commission. He is also involved in many community organizations such as Para Los Ninos, which is a community resource that provides education and child development services to neighborhoods in the Southern California area. In addition he is a trustee of the University of Southern California School of Policy, Planning and Development.

Rick and his wife Tina Caruso have four children.

About 20 minutes inland from the above Malibu home is the longtime primary residence of the Caruso family. And it's more like a compound. Located in Brentwood Park, over 20+ years Rick and Tina acquired at least three total properties to piece together one of the most-enviable private estates in Los Angeles.

The main house at the Brentwood estate is 11,000 square-feet. The have a massive front lawn which connects to a large swimming pool and pond. Beyond the pond the have a tennis court, gym complex and half-court basketball court.

This Brentwood Park estate is very difficult to value. It could be worth $60-80 million to the right buyer.

In another area of Brentwood they picked up a $6.5 million home in an equestrian neighborhood through a blind trust in 2015.

The Caruso family owns a 216-foot yacht called Invictus. Their yacht is worth an estimated $100 million. In 2019, when Lori Loughlin and Mossimo Giannulli were arrested as part of the college bribery scandal, their daughter Olivia Jade Giannulli was actually aboard Invictus when the news broke. This must have been awkward considering Rick is the literal Chairman of USC's Board of Trustees and Olivia's parents were being accused of paying $500,000 in bribes to get their two daughters into USC ask phony crew recruits.