Wolfgang Joop Net Worth: Wolfgang Joop is a German fashion designer who has a net worth of $40 million dollars. He is the founder of JOOP!, a contemporary apparel and cosmetics company. Born in Potsdam, Germany on November 18, 1944, he attended the University of Braunschweig for advertising psychology and began working in the fashion industry in 1968.

He is well known for his work as a fashion illustrator, journalist and designer in several European countries: Italy, France, Germany and England. He created his company JOOP! in 1981 as a brand distinguished for its alluring collections and award-wining fragrances. But after its success with fragrances and clothes, Joop! expanded its offer by adding shoes, eyeglasses and jewelry. In 1998, Joop sold 95% of the company to Wünsche AG and freed from the remaining five percent in a subsequent 2001 deal. He founded WUNDERKIND in 2003. The company is recognized as a high-end couture label. After being stagnant for several years, WUNDERKIND re-launched in 2012 with a new general manager. Joop received the Fil d'or award in 1983, and he also received the Golden Spinning Wheel. 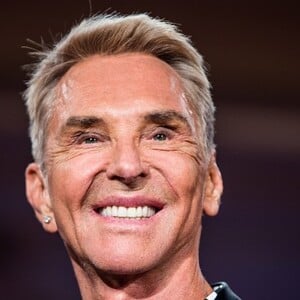