Vivienne Westwood Net Worth: Vivienne Westwood is an English fashion designer who has a net worth of $50 million. Born as Vivienne Isabel Swire and now Dame Vivienne Westwood, she is best known for bringing punk elements into modern fashion, as well as new wave designs. Though these elements have existed for years, it was her influence and designs that helped bring them mainstream.

Westwood moved to London in 1958 at the age of 17, to study at the Harrow School of Art. It was here that she studied fashion and silversmithing, but only remained for a single semester. She then became an elementary school teacher, during which she also began to make her own jewelry that she sold in a booth. Then in 1962 she married Derek Westwood, for which she made her own dress. Their son, Benjamin, was born in 1963. The couple's marriage fell apart when she met Malcolm McLaren, with whom she moved in with shortly after. Together, the pair designed and created punk-themed clothes which became extremely popular. She had a son, Joseph Corre, with McLaren, who founded the popular lingerie brand, Agent Provocateur. Today she is marred to Andreas Kronthaler; the pair live in a Queen Anne-type house that was built in 1703. 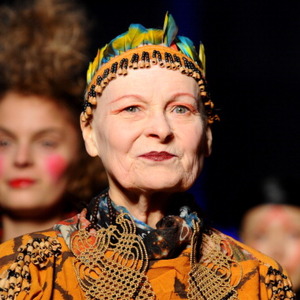