What is Valentino Garavani's Net Worth?

Valentino Garavani is an Italian fashion designer who has a net worth of $1.5 billion. Valentino is the founder of the eponymous luxury fashion house. One of the most renowned fashion brands in the world, its products include clothing, footwear, accessories, perfumes, and more. Valentino has also designed wedding dresses for numerous celebrities, such as Elizabeth Taylor, Jackie Kennedy, Jennifer Lopez, and Anne Hathaway.

Valentino Garavani was born on May 11, 1932 in Voghera, Pavia, Lombardy, Italy to Teresa and Mauro. He was named after the silent film star Rudolph Valentino. As a kid, he developed his interest in fashion while apprenticing under his aunt Rosa and local designer Ernestina Salvadeo. Valentino went on to move to Paris, France, where he studied at the École des Beaux-Arts and the Chambre Syndicale de la Couture Parisienne. He also apprenticed under a number of fashion designers, including Jacques Fath, Balenciaga, and Guy Laroche.

Returning to Rome in 1960, Valentino opened his own fashion house on the ritzy Via dei Condotti. He soon met architecture student Giancarlo Giammetti, with whom he began a longterm personal and professional partnership. Valentino had his breakthrough a couple of years later when he made his international debut in Florence, at the time the fashion capital of Italy. His star continued to rise throughout the decade as he designed clothes for various celebrities. In 1964, Valentino provided six haute couture dresses to Jackie Kennedy during her year of mourning after her husband's assassination.

Throughout the 70s, Valentino continued to grow his status as one of the world's foremost fashion designers. Following the era's trends, he designed both couture and ready-to-wear womenswear, placing an emphasis on midiskirts, knee-high boots, and fit-and-flare silhouettes. As the decade wore on, Valentino moved toward petticoats, blousons, shawls, and ponchos. He was particularly inspired by the retro 40s and 50s looks that were making a comeback, and so designed broad-shouldered jackets, gloves, hats, and cinch belts. 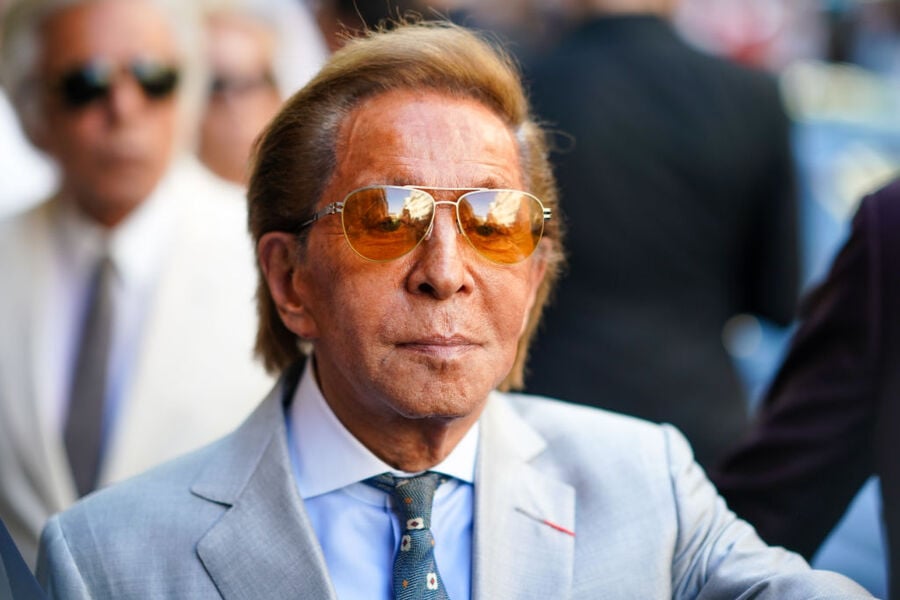 Valentino's fame and dominance within the fashion industry persisted throughout the 80s and into the 90s. In the former decade, he became particularly well known in the United States for designing clothes for actress Joan Collins, star of the hit television soap opera "Dynasty." Continuing to emphasize the opulence of conspicuous consumption, Valentino's styles during the decade included broad shoulder padding, miniskirts, tailored suits, cocktail dresses, and retro ballgowns.

In 1990, Valentino opened the Accademia Valentino, a cultural space designed by architect Tommaso Ziffer and intended to be used as an exhibition area for artists. Later in the decade, Valentino and Giancarlo Giammetti sold the Valentino company to Italian conglomerate HdP for around $300 million. In 2002, HdP sold the company to the Italian textile manufacturer Marzotto for $210 million. A decade after that, Valentino was purchased by Qatari aristocrats. 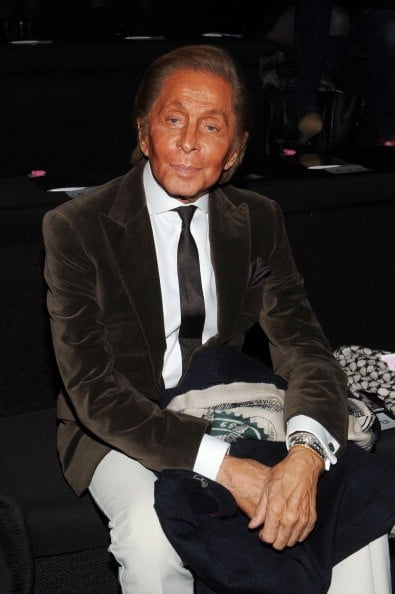 In the summer of 2006, Valentino was awarded the National Order of the Legion of Honor, the highest order of merit given in France. Two years later, he was given the Medal of the City of Paris in recognition of his services to fashion in the city. Valentino's other honors include the Golden Plate Award from the American Academy of Achievement and the Couture Council Award for Artistry of Fashion from the Museum at the Fashion Institute of Technology in New York City.

Valentino Garavani was in a romantic relationship with his business partner Giancarlo Giammetti from 1960 until 1972. Following that, Valentino began dating 19-year-old Carlos Souza, with whom he remained until Souza married Brazilian socialite Charlene Shorto in 1983. Later on, Valentino and Giammetti became the godfathers of Souza and Shorto's sons, Sean and Anthony. Among his other relationships, Valentino dated model Bruce Hoeksema and Italian actress Marilù Tolo. He is also an avid lover of dogs, and owns six pugs. His life and work are chronicled in the 2008 documentary film "Valentino: The Last Emperor."

With Giammetti, Valentino shares numerous homes and apartments around the globe. Their properties include a Roman villa; a 19th-century mansion in London; a penthouse in Manhattan; a castle in France; and a chalet in Switzerland. Valentino also spends a large portion of his time in Giammetti's personal homes, which include an 18th-century Tuscan villa, a Parisian penthouse, and a London apartment.