Tory Burch Net Worth: Tory Burch is an American fashion designer, entrepreneur, and philanthropist who has a net worth of $1 billion dollars. She earned her fortune thanks to her eponymous clothing company which launched a fashion revolution on $200 ballet flats. Today her "preppy-chic" lifestyle empire generates more than $1.5 billion in annual revenue selling everything from watches to fragrances and accessories.

Early Life: Tory Burch was born Tory Robinson on June 17th, 1966 in Valley Forge, Pennsylvania. She is Jewish on her mother's side. Her father was an investor and owned a paper cup manufacturing business. She grew up with her three brothers in a historic house in Montgomery County, Pennsylvania. Jewelry designer Kara Ross was one of her childhood friends at the Agnes Irwin School. After graduating high school, she attended the University of Pennsylvania where she studied art history and was a member of the Kappa Alpha Theta sorority.

Career: Upon her graduation from the University of Pennsylvania in 1988, Burch moved to New York City to work for the Yugoslavian fashion designer Zoran. By the time she began working for him, Zoran was a well-known and highly regarded fashion designer. His collections would begin selling in high-end department stores by 1999, so she began her career on a high rung of the ladder. Her next job was as an assistant fashion editor at "Harper's Bazaar" magazine. She then transitioned into marketing and public relations work for designers Ralph Lauren, Vera Wang, and Loewe.

The Tory Burch Brand: In February of 2004, Burch launched her clothing label "TRB By Tory Burch" and opened a retail store in New York. Her online store went up the following year. It only took her eight months to make her first collection, and she worked out of her kitchen. She would become known for her colorful tunics and ballet flats, but the label came up with the rise of fashionable sportswear and was a pioneer of mid 2000s casual chic. Her store sold out of inventory on its opening day. She quickly gained the attention of the fashion world and found fans in celebrity New Yorkers. A year after her opening, she appeared on the "The Oprah Winfrey Show" and receiving an endorsement from the host. Also in 2005, she received the Rising Star Award for her clothing line and retain concept from the global, non-profit organization Fashion Group International. By 2007, she had stores in over a dozen US cities, and her clothing and handbags were being sold at department stores Neiman Marcus, Saks Fifth Avenue, Nordstrom, and Bloomingdales. Her brand focused on clothing that was upscale casual, practical and chic. The label had several highly recognizable stylistic signatures including the "T" design logo, her boldly colored tunics," T" stamped ballet flats, and her boxy handbags. Her clothing is favored by professional, working women, but her shoes, handbags, and accessories appeal to all age groups. Tory Burch accessories and clothing were regularly worn by characters on the popular CW television series "Gossip Girl," and Burch made an appearance in the show's third season. She was named Accessories Designer of the Year in 2008 by the Council of Fashion Designers of America, notably beating Marc Jacobs. In the fall of 2011, she made her debut at New York Fashion Week and put out a runway collection. She continues to produce runway collections and showcases them on the high fashion runway circuits. 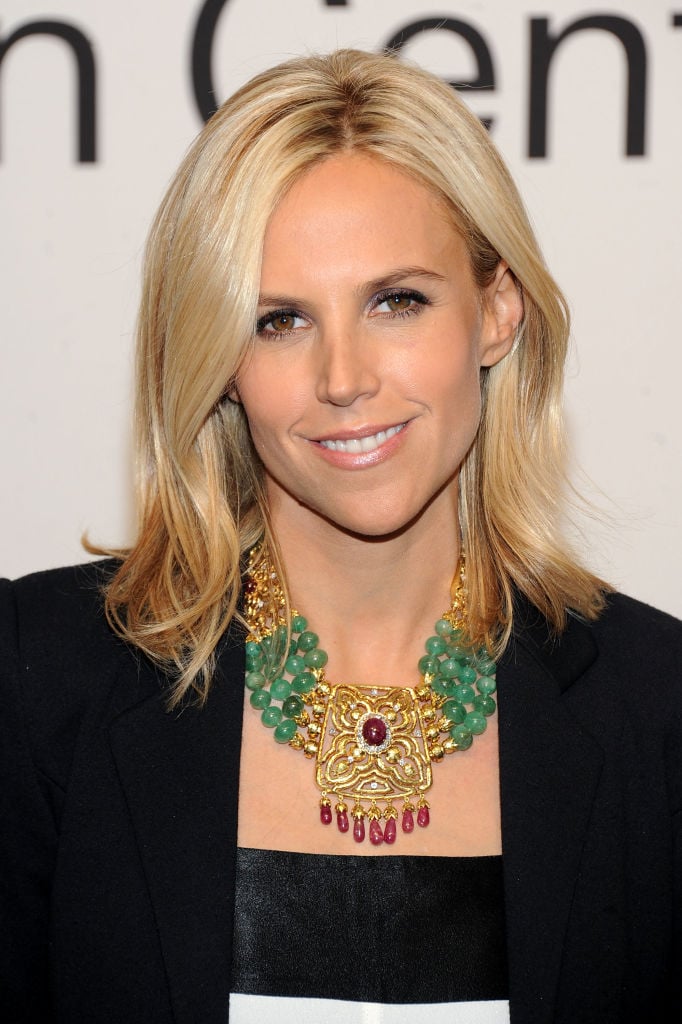 The Tory Burch brand grew quickly, and it wasn't long after her 2004 launch that the name was known by millions of American women. In addition to her fashion line, Burch launched a fragrance with Estée Lauder in 2013. She was an early adopter of wearable technology and collaborated with the company Fitbit in the summer of 2014. In the fall of that year, she released her best-selling book "Tory Burch in Color" and launched a collection of watches with Fossil. In 2019, it was announced that the brand would be expanding into beauty products and had entered into a partnership with the Japanese personal care company Shiseido for development and distribution. There are over 250 Tory Burch stores globally, and the brand is carried in over 3,000 department stores.

Separate from the traditional Tory Burch line is her activewear brand Tory Sport, which she launched in September of 2015. She rented the same retail space in New York that she first launched the brand in and opened a store dedicated to the sportswear collection. More Tory Sport stores opened in cities across the US, but the collection has since been brought under the original Tory Burch brand and is no longer a completely separate entity. She expanded the line to include home décor and kitchen accessories in 2015.

Personal Life and Charity Work: Burch has been married three times. In 1993, she married William Macklowe, but they divorced within a year. In 1996, she married Chris Burch, and the couple had three children together. He co-founded Tory Burch LLC with her and served as co-chairman of the company. They divorced in 2006. Although Burch had an incredibly busy work life, she has consistently emphasized that her first priority was being a mother to her three sons, and she was named one of Working Moms Magazine's 50 Most Powerful Moms of 2015. In 2018, she married Pierre-Yves Roussel, and he was named CEO of her company in 2019.

Burch was involved in charity work prior to launching her fashion career and has remained active in her philanthropy. In 2009, she launched the Tory Burch Foundation, a non-profit intended to provide capital, resources, and mentoring opportunities to women entrepreneurs. In 2019 Bank of America donated $100 million to her foundation. Burch has received numerous accolades and awards throughout her career. She was named as 2019's Woman of the Year by Glamour Magazine. She serves on the boards of The Barnes Foundation, the Startup America Partnership, and the Breast Cancer Research Foundation. In 2015, she received the Breast Cancer Research Foundation's Sandra Taub Humanitarian Award. 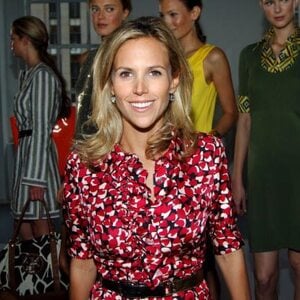