What is Tommy Hilfiger's Net Worth?

Tommy Hilfiger is an American fashion designer who has a net worth of $450 million. He started his career in fashion at age 18, when he would buy jeans and customize them to resell at a store in his town. He later opened his own store, The People's Place, and in 1985, he founded the Tommy Hilfiger Corporation with support from the Murjani Group.

If you're wondering why Tommy is not a multi-multi-billionaire, it's because he sold the majority of his company in 1989 to investors Silas Chou and Lawrence Stroll. Today Chou and Stroll are both worth $2.7 billion a piece.

Hilfiger was named Menswear Designer of the Year by the Council of Fashion Designers of America in 1995 and has received several awards for his fashion design and charity work throughout his career.

Tommy Hilfiger was born Thomas Jacob Hilfiger on March 24, 1951, in Elmira, New York. His mother, Virginia, was a nurse, and his father, Richard, was a watchmaker. Tommy grew up with 8 siblings in a Catholic household, and he has said that he's a direct descendant of poet Robert Burns. Hilfiger showed an interest in fashion, sports, and the music business during his youth and credits his parents with teaching him the importance of compassion and hard work. Tommy earned his high school diploma at the Elmira Free Academy and briefly attended the Greater Southern Tier BOCES Bush Campus.

Hilfiger worked in a Cape Cod clothing store during the summer of 1969, and 2 years later, he opened a clothing store called People's Place in downtown Elmira with just $150 to his name. He stocked the store with stylish clothing from New York City but soon began designing his own clothing. He opened a few more People's Place locations, but the chain went bankrupt in 1977, so Tommy began taking business courses. He moved to New York City and worked for a few fashion labels before starting another company of his own, Tommy Hill, in 1979. Jordache hired Tommy and his wife, Susie, to design for them but fired them after a year.

Hilfiger founded 20th Century Survival in 1981 and Click Point in 1982 before starting his own line with the help of businessman Mohan Murjani. The Tommy Hilfiger Corporation was established in 1985 and was introduced to the world with an attention-grabbing marketing campaign, including a huge billboard in Times Square.

In 1989 the majority of the brand was acquired by investors Lawrence Stroll and Silas Chou. The duo turned Hilfiger into an international phenomenon over the next 20 years, most notably in the 1990s.

Hilfiger's signature menswear line debuted in 1992, and the company began selling women's clothing in 1996. They company opened a Beverly Hills store in 1997 and went on to open more than 1,400 stores globally.

In 2010 Apax sold the company to Phillips-Van Heusen for $3 billion.

Tommy has often combined his fashion career with his love of music, sponsoring music events such as Lenny Kravitz's "Freedom" tour and Sheryl Crow's "If It Makes You Happy" tour. In 2005, he hosted CBS reality series "The Cut," a show on which 16 designers competed for a design job with Hilfiger. He also appeared as himself in "Zoolander" (2001) and "Zoolander 2" (2016) and has published 7 books, including "All-American" (1997) and "American Dreamer: My Life in Fashion & Business" (2016). 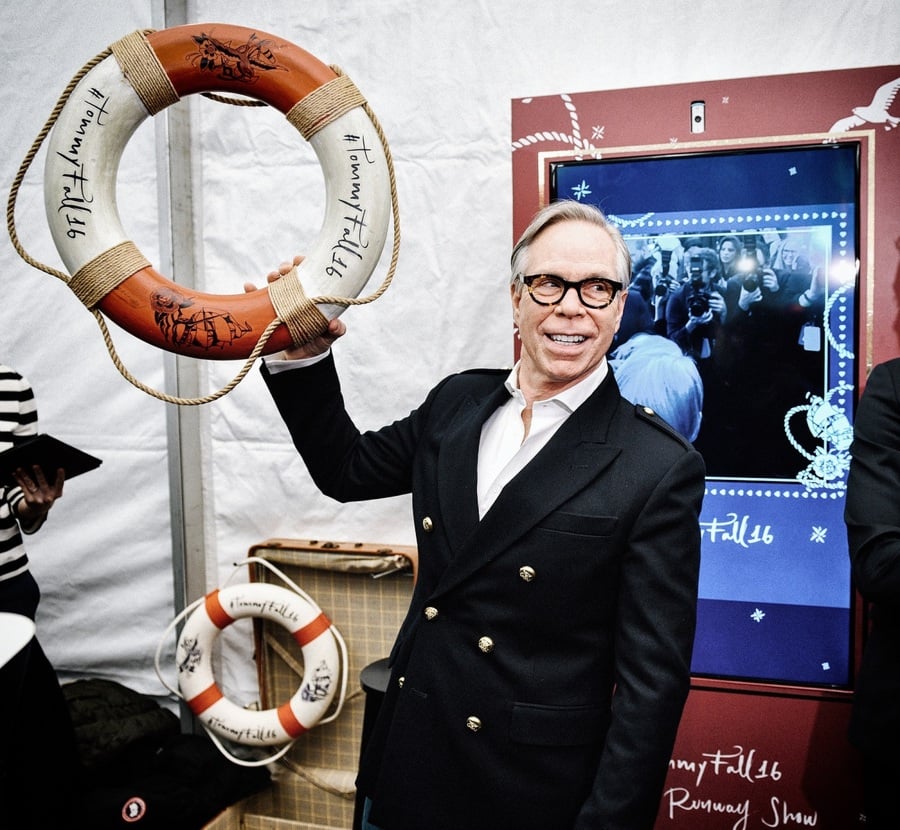 Hilfiger founded The Tommy Hilfiger Corporate Foundation in 1995; the organization supported charities that were dedicated to helping at-risk youth in America. He was a sponsor of LIFEbeat – The Music Industry Fights AIDS in 1998 and has also supported Autism Speaks and the MLK, Jr. National Memorial Project Foundation. Tommy has served on The Fresh Air Fund's board of directors, and they renamed their Camp Pioneer program "Camp Tommy" in 1999. He has been designing limited-edition handbags for Breast Health International since 2008, donating a portion of the proceeds to the charity's Fund for Living program. Hilfiger is a Millennium Promise MDG Global Leader and has donated millions of dollars to their mission of fighting hunger and extreme poverty. In 2012, The Tommy Hilfiger Corporate Foundation's philanthropic arm was renamed "Tommy Cares" and has supported Save the Children, War Child, the World Wildlife Fund, and other charitable organizations. Tommy joined the board of Autism Speaks in 2012, a role that led to his sponsorship of the 2014 Golden Door Film Festival.

Tommy married Susan Cirona in 1980; they met in 1976 when she was working for his People's Place store in Ithaca, and they had 4 children together (Ally, Richard, Elizabeth, and Kathleen) before divorcing in 2000. In December 2008, Hilfiger married Dee Ocleppo, and they welcomed a son, Sebastian, in 2009.

Hilfiger has won many awards for his career in fashion, including the Parsons School of Design's Designer of the Year Award (1998), "GQ" magazine's Designer of the Year Award (in their 1998 "Men of the Year" issue), "Marie Claire" magazine's Lifetime Achievement Award (2009), and the Council of Fashion Designers of America's Geoffrey Beene Lifetime Achievement Award (2012). Tommy has also been honored for his charity work and was awarded the Harvard Foundation's Peter J. Gomes Humanitarian of the Year award (2006), the We Are Family Foundation's Visionary Award (2006), and the UNESCO Support Award (2009).

New York City: In 2008, Hilfiger paid $25.5 million for a penthouse in New York City's Plaza Hotel. Just a few months later he flipped it back on the market with a $50 million asking price. He didn't find a buyer at this point. In 2013 he listed the unit for $80 million. In 2019, after 11 years on the market, he finally sold the property for $33.25 million. In 2018 Tommy gave Architectural Digest a tour of the penthouse:

Greenwich: During his marriage to first wife Susan, the Hilfiger family lived in a large mansion in Greenwich, Connecticut. Upon their divorce, Tommy transferred ownership to this home to his ex-wife Susan. Susan put the home on the market in 2020 for around $30 million. As of this writing it is still listed for sale:

In 2010, Tommy and his second wife paid around $31.4 million for a mansion in Greenwich, Connecticut. This mansion was listed in September 2020 for $47.5 million. The property sold in January 2021 for $45 million. Architectural Digest toured this home in 2017: 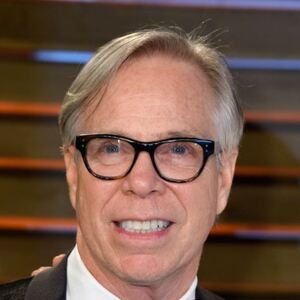