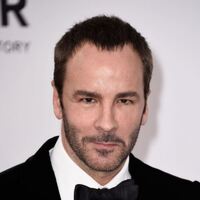 What is Tom Ford's Net Worth?

Tom Ford is an American fashion designer and film director who has a net worth of $2 billion. Tom Ford has earned his net worth as creative director of Gucci and YSL, and creator of the Tom Ford brand. Tom Ford is one of those people who seems to have been born under a very special star. After dropping out of New York University to focus on an acting career, he booked a ridiculous number of television commercials.  At one point, he had twelve spots running concurrently.  He then earned a degree in Architecture from Parsons, but discovered his love of fashion his senior year, and decided to focus on building a career in that arena after graduation.  The rest is history.  He went on to work for Cathy Hardwick and then Perry Eliis, eventually signing on to work for Gucci as the head of their women's ready-to-wear line in 1990.  At that time, Gucci was in dismal shape.  Over the course of the next fifteen years, as he rose through the ranks to become the company's Creative Director, he increased the company's value from near bankruptcy to $10 billion.  Along the way, he won just about every fashion award possible.  He and the Gucci Group parted company in 2004 after a protracted battle for artistic control of the organization.  He then shifted his focus to film, writing, producing, and directing the feature film, "A Single Man", starring Colin Firth and Julianne Moore.  The movie won multiple major film awards, and was nominated for an Oscar, three Golden Globes, three Independent Spirit Awards, and a BAFTA.  Not bad for a first feature.  His success at just about everything he does, has resulted in in his ability to buy multiple properties, and he has homes in Paris, Los Angeles, London, and New York.  His most interesting property is a massive ranch in Santa Fe, New Mexico. We discuss this property in detail later in this article.

In November 2022, after months of speculation and a secret bidding war, Tom Ford inked a deal to sell his brand to Estee Lauder for $2.8 billion. At the close of the deal, after taxes, Tom Ford's net worth increased from $500 million to $2 billion. It is the largest acquisition in Estee Lauder's history, with the company paying a mix of cash, deferred payments and debt assumption. Prior to the transaction, Tom Ford the brand generated $1 billion per year in revenue selling eye wear, clothes, makeup, fragrance, accessories and more.

Thomas Carlyle Ford, better known as Tom Ford, was born in Austin, Texas, on August 27, 1961. His parents, Shirley Burton (née Shirley Ann Thrasher) and Thomas David Ford both worked as realtors. He spent his early years in Texas, growing up in San Marcos, outside of Austin, as well as in the suburbs of Houston. Then, when he was eleven years old, his family moved to Santa Fe, New Mexico. He graduated from Santa Fe Preparatory School in 1979. He then moved to New York City with the intention of studying art history at New York University, but dropped out after only a year to focus on pursuing an acting career, especially in television commercials. Later, he began studying interior architecture at Parsons The New School for Design. He switched to studying fashion during his final year at Parsons after working as an intern in Chloé's press office in Paris, but ultimately still graduated with an architecture degree. It was while living in New York City that he met Ian Falconer, who introduced him to Studio 54. Ford would continue to visit Studio 54, and it was there at the club that he came to the realization that he was gay.

Despite not having graduated from a fashion program, and having minimal experience working in the fashion world, Ford was persistent when interviewing for fashion-related jobs after college. His persistency paid off, and he eventually landed a job with American designer Cathy Hardwick, and worked as a design assistant for her for two years. He then moved to the brand Perry Ellis in 1988, and worked there for two years. However, wanting a change of style, he decided to move to Europe to work there. He landed the job of chief women's ready-to-wear designer for Gucci, and moved to Milan to try to revive the struggling fashion house.

At Gucci, Ford's career and reach expanded rapidly. Within six months of working there, he was signing menswear, and not long after that he began designing shoes. Eventually, after Richard Lambertson left the brand, Ford took over his position as design director in 1992. In this new role, he was in charge of overseeing everything from the brand's ready-to-wear and fragrances, to its image, advertising, and store design. In 1993 alone, Ford was in charge of designing eleven product lines! In 1994, he was promoted to the position of Gucci's Creative Director. Under his direction, the brand continued to grow, and between 1995 and 1996, sales actually increased by 90%. Then, when Gucci acquired the fashion house Yves Saint Laurent (YSL) in 1999, Ford was named as that label's Creative Director as well. 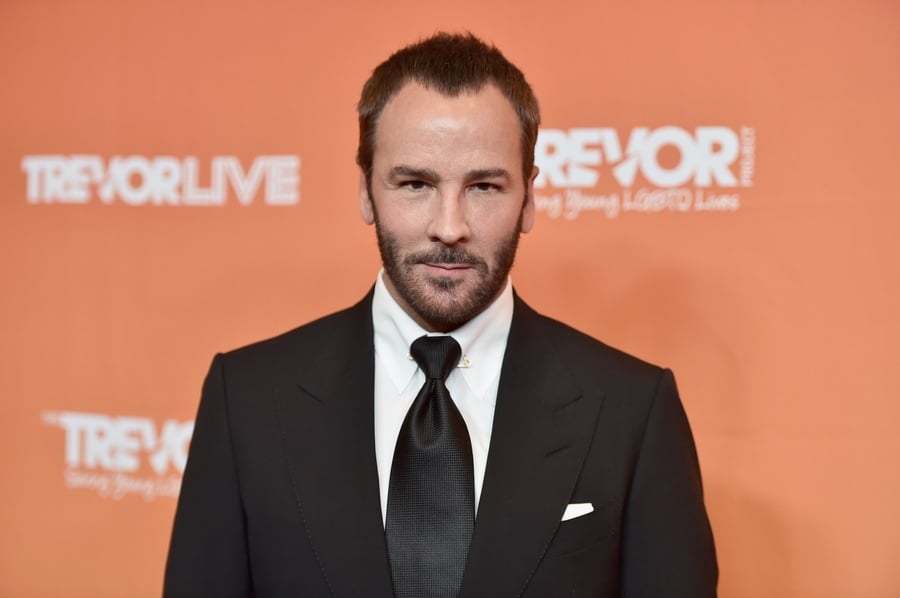 In Los Angeles Tom owns a $40 million Holmby Hills mansion, down the street from the Playboy Mansion.

The ranch features a wild west town that has served as a location for several films including 3:10 to Yuma and Thor.

In addition to his long career in fashion as a designer, Ford has also pursued several projects as a film director. He launched his own film production company, Fade to Black, in March 2005. His directorial debut came in 2009, with the film "A Single Man". The film is based on the novel of the same name by Christopher Isherwood, and stars Colin Firth, Julianne Moore, Nicholas Hoult, and Matthew Goode. In addition to serving as the film's director, Ford also worked as one of the film's producers. The film received critical praise after premiered at the 66th Venice International Film Festival, and was nominated for the festival's top award, the Golden Lion. 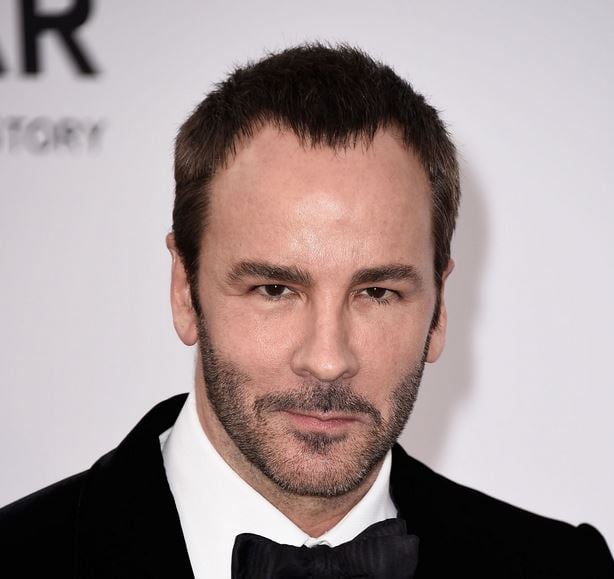 Ford's second film as director was "Nocturnal Animals", released in 2016. This film was also an adaptation of a novel, this time of Austin Wright's novel "Tony and Susan". It stars Jake Gyllenhaal, Amy Adams, Michael Shannon, Armie Hammer, Aaron Taylor-Johnson, and Isla Fisher. The film was also praised by critics, and won the Grand Jury Prize at the Venice Film Festival.

Ford married Richard Buckley, his longtime partner, in April 2014. The couple began dating soon after they first met in 1986. According to Tom, they met in an elevator and by the time the doors opened, Tom had fallen in love and decided he wanted to spend the rest of his life with Richard. Richard was a journalist who at one time was the editor in chief of Vogue Hommes International. They welcomed a son together, Alexander John "Jack" Buckley Ford, in 2012 via gestational surrogate. Unfortunately Richard died in September 2021 at the age of 71.