Todd Thompson net worth: Todd Thompson is an American fashion designer who has a net worth of $8 million dollars. Todd Thompson is the former husband of famed chef, Giada De Laurentiis. The pair began dating in the 90s. He is a clothing designer for Anthropologie, among other brands, and is based in southern California. The pair married in 2005, and went on to have a daughter together, Jade Marie De Laurentiis Thompson who was born in 2008. Todd remains largely out of the spotlight, even though Giada is a major force on the Food Network, and regularly appears on talk shows and the cover of magazines. In addition to working on "Giada at Home", her Food Network program, she has published eight books, and has provided voice over work for both film and television productions. Todd Thompson is reportedly very supportive of her career, and her busy schedule. In 2011, there was talk of an affair between De Laurentiis and Jon Mayer, but the rumors were quickly put to rest when it was revealed that neither party had met, and that she was staying at the hotel with her husband, not Jon Mayer.

Unfortunately Todd and Giada's marriage did eventually take a turn for the negative. They officially divorced in September 2015. As part of their divorce, Giada agreed to give Todd their $3 million LA mansion, $300,000 worth of art and furniture, as well as a portion of various royalties she is set to earn for cookbooks and TV shows that were in the works prior to the separation. 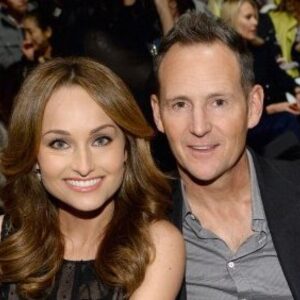