Todd Howard net worth: Todd Howard is an American video game designer, director, and producer who has a net worth of $10 million. Todd Howard was born in Lower Macungie Township, Pennsylvania. He is the director and executive producer for Bethesda Game Studios and led the development of the video game series Fallout and The Elder Scrolls. 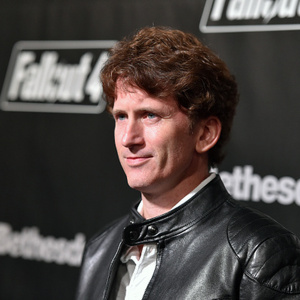