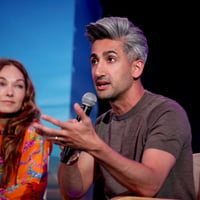 What Is Tan France's Net Worth and Salary


Tan France is a Pakistani-British-American television personality, fashion designer, and author who has a net worth of $8 million. France is best known as the fashion expert on the reality television series "Queer Eye," which began streaming on Netflix in  2018. Tan has also hosted the web series "Dressing Funny" (2019–present) and the Netflix design competition "Next In Fashion" (2020), and he appeared on the TV shows "Crazy Ex-Girlfriend" (2018), "Lip Sync Battle" (2019), and "Waffles + Mochi" (2021).

France competed on "The Great Celebrity Bake Off for SU2C" in 2020 to raise money for Stand Up To Cancer and won the episode. He launched the fashion company Kingdom & State in 2011, and he co-founded the Rachel Parcell Inc fashion line in 2016. Tan published the memoir "Naturally Tan" in 2019, and it was a "New York Times" bestseller.

Tan France was born Tanveer Wasim Safdar on April 20, 1983, in Doncaster, South Yorkshire, England. Tan grew up in a Muslim household with Pakistani parents and three siblings; his father passed away when France was 13 years old. Tan has said that he felt alienated during his youth due to racism, being raised in a home that viewed homosexuality negatively, and never seeing LGBTQ Asian characters on television. France told "The Evening Standard" in 2019, "We had 'EastEnders' and 'Coronation Street' and every now and then you'd see an Asian person on one of them. Were they ever the love interest? No. Were they ever desirable? No. I don't remember a gay Asian character, and if there was, I didn't see that show." He added, "It had a huge influence on me. I wish I'd seen a version of me on TV. It felt like our stories weren't needed." Tan became interested in fashion at an early age and worked in his grandparents' denim factory, which made Disney clothing. By the time he was 13, France had learned how to make and embellish jean jackets. Tan attended Hall Cross School, then he studied fashion at Doncaster College. He later moved to Manchester before relocating to London.

After earning his college degree, France started working as a designer and director at several clothing retailers, such as Zara and Bershka, in order to expand his knowledge of the retail wholesale business. Later, he worked at numerous brands to learn more about the manufacturing side of the retail industry. Tan began his career in menswear, then he began working in womenswear, which is what he majored in at Doncaster College. When high-profile clients shopped at the stores where he worked, France sometimes acted as a stylist for them. In 2008, he started working in the U.S., and he immigrated to the country in 2015. Before launching the fashion company Kingdom & State in 2011, Tan was Shade Clothing's company director.

In a 2014 interview with Omika.com, France said of Kingdom & State, "I wanted to create a company that offered modest clothing, but one that was fashionable enough to compete with other young fashion brands out there." He later founded two smaller brands, and his designs were sold at Forever 21 and ModCloth. 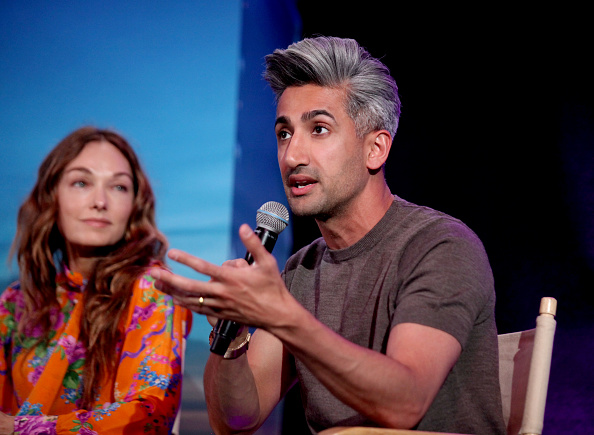 In 2016, Tan co-founded Rachel Parcell Inc and served as the clothing line's CEO. He later sold his businesses and retired, planning to start a family, but when Netflix contacted him, his life went in a different direction. In 2018, France began starring on "Queer Eye" alongside design expert Bobby Berk, culture and lifestyle expert Karamo Brown, grooming expert Jonathan Van Ness, and food and wine expert Antoni Porowski. The series was renewed for its seventh season in April 2022, and it won the Primetime Emmy for Outstanding Structured Reality Program in 2018, 2019, 2020, and 2021. In 2019, Tan starred in Taylor Swift's "You Need to Calm Down" music video, began hosting the web series "Dressing Funny," and lent his voice to the "Disclosure the Movie: The Musical!" episode of "Big Mouth." That year he also designed a line of eyewear in partnership with EyeBuyDirect and became a columnist for "GQ Middle East." In 2020, France co-hosted Netflix's "Next In Fashion" with model/fashion designer Alexa Chung and launched the Tan France x Etsy collection, which was described as an "exclusive collection filled with giftable pieces co-designed by Emmy-nominated TV star, Tan France, and 13 hand-picked Etsy sellers."

Tan has been married to pediatric nurse/illustrator Rob France since 2007, and they welcomed a son via a surrogate on July 10, 2021. The baby was born seven weeks prematurely and spent three weeks in the neonatal intensive care unit (NICU). Tan became a naturalized U.S. citizen in June 2020, and he holds dual citizenship with the U.K. He announced the news on Instagram, writing, "For me, this is monumental. It's something I've been working towards for literally 20 years, which makes this all the more emotional. And now, I will exercise my constitutional right as an American. Today, I will register to vote, and vote for the change I wish to see in OUR nation." France has been outspoken about issues such as Islamophobia and racism, and in September 2019, he launched the "Shaded" Instagram account, which he describes as "a place to celebrate every shade of skin, and to be reminded that every shade is desirable." In a September 2020 episode of "The Carlos Watson Show," Tan revealed that racism was a major reason that he decided to leave the U.K.

France and his "Queer Eye" castmates earned Primetime Emmy nominations for Outstanding Host for a Reality or Reality-Competition Program in 2020, 2021, and 2022. They have received six Gold Derby Award nominations, five for Reality Host (2018, 2019, 2020, 2021, and 2022) and one for Reality Host of the Decade (2019). Tan and his co-stars earned Online Film & Television Association Award nominations for Best Individual Host or Panelist in a Reality or Non-Fiction Program in 2018 and 2020 and Best Host or Individual Performance in A Variety, Nonfiction, or Reality Program in 2021. In 2020, France shared a Webby Award nomination for Video – Variety for "Dressing Funny" with William Trowbridge and Rachel Samuels.

In March 2020, Tan closed on a $2.5 million home in the Hollywood Hills. He also owns a home in Salt Lake City, where in 2017 he paid $800,000 for a property which was then remodeled and renovated extensively.