How much is Tameka Raymond Worth?

Tameka Raymond net worth: Tameka Raymond is an American fashion stylist who has a net worth of $500 thousand. She is probably best-known for being formerly married to musician Usher.

Tameka Raymond was born in Oakland, California. She earned a degree in Merchandising Marketing from the Fashion Institute of Design and Merchandising. Her career began as a salesperson and manager at various stores, including Armani. Her ability to create interesting style combinations began to garner attention, and soon after began styling artists like Jay-Z, Nas, Ciara, and Mary J. Blige. She was also featured on MTV, E!, and Access Hollywood for her work as a stylist to the stars. Tameka also worked as a personal stylist for Lauryn Hill of the Fugees, a Grammy-award winning hip hop group that rose to fame in the 90s.

She was hired to serve as Usher's stylist in 2006, and the two subsequently began a relationship. They married in 2007, and had two children together, Usher Raymond V and Naviyd Ely, before divorcing in 2009. Tameka has five children, and had her first child (Darren) as a teenager. Her next two sons (Ryan and Kile) came from a relationship with Atlanta-based designer, Ryan Glover.

In 2012, one of her sons, Kile, was killed after a jet ski collided with his inner tube while the family was on vacation near Lake Lanier in Atlanta. The following month, Usher was awarded primary custody of their two children. Tameka is credited for founding the charity, The Lost Ones Foundation, which she created in 2009 to motivate teenage girls and also formed a charity for her late son Kile, called Kile's World Foundation. She is one of the cast members for Atlanta Exes, a reality television show on VH1 that features the ex-wives of some of Atlanta's hottest celebrities. 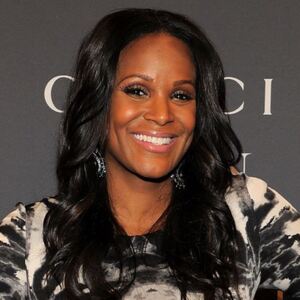