Stefano Gabbana net worth: Stefano Gabbana is an Italian fashion designer who has a net worth of $2.0 billion. He earned fortune and fame as the co-founder of luxury fashion house Dolce & Gabbana. He co-founded the company with Domenico Dolce. Domenico and Stefano were in a relationship from 1982 to 2003.

Stefano Gabbano was born in Milan, Italy, and was originally interested in pursuing a career in graphic design. He began working for an atelier in 1980, and met Domencio Dolce there. They started their first fashion company in 1982, and presented their first women's line in 1985. Their designs were wildly successful, and they were on their way. They opened their first boutique in Asia in 1989, and presented their first men's collection in 1991. They began wracking up awards in the 90s, winning the Wollmark Award in 1991, and winning the Perfume Academy's award for "Best Feminine Fragrance" in 1993. Dolce&Gabbana has become the go-to design team for the Hollywood elite, and they have also designed clothes Baz Luhrmann's "Romeo + Juliet", and for multiple music productions including tours by Madonna, Missy Elliot, and Beyonce. 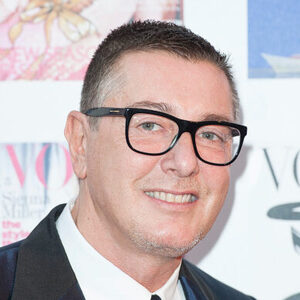