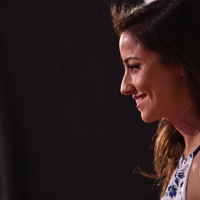 Shoshanna Lonstein Gruss net worth: Shoshanna Lonstein Gruss is an American fashion designer who has a net worth of $50 million. Shoshanna Lonstein Gruss was born in Manhattan, New York in May 1975. She launched the fashion label Shoshanna in 1998. Gruss graduated from the University of California, Los Angeles in 1994. She worked at a lingerie factory to explore her fashion interests at the ground level. She started Shoshanna with a loan from her father. Her swimwear collection was launched in 2001 and in 2005 she introduced the Baby Girl line of children's swimsuits. In 2010 she partnered with Judith Ripka to launch a jewelry line through QVC. Her swimwear collection Made with Love was launched in 2009 with Charlotte Ronson. In 2013 Gruss became the first ever Style Director for Elizabeth Arden, Inc. Gruss was featured in an episode of the reality TV series America's Next Top Model in 2008. She gained fame by dating Jerry Seinfeld at just 17 years old.