Shigeru Miyamoto Net Worth: Shigeru Miyamoto is a Japanese producer and video game designer who has a net worth of $40 million dollars. Born in 1952 in Sonobe, Kyoto, Japan, Shigeru Miyamoto earned his industrial design degree from Kanazawa Municipal College of Industrial Arts. He went to work for Nintendo in the late '70s.

After becoming the company's first artist, he designed the artwork for "Sheriff" and worked on "Radar Scope". Soon after, Miyamoto began working on "Donkey Kong". After its success, he created "Donkey Kong Jr." and "Donkey Kong 3". Miyamoto's next effort was inspired by the "Donkey Kong" franchise and he created the character Mario and then developed Luigi, and the "Mario Bros" were born. Since then, Miyamoto has created some of the most successful video games of all time. His work includes "The Legend of Zelda", "F-Zero", "Star Fox", "Pikmin", and "Wii". "Mario" is the best-selling franchise in history, while "Wii Sports" has become the second best-selling game of all-time. Miyamoto's work is popular with critics and video game experts, and "The Legend of Zelda: Ocarina of Time", is thought of as one of the best games ever designed. Miyamoto currently serves as the manager of the Nintendo Entertainment Analysis and Development branch. He has two children with his wife, Yasuko. Miyamoto is notoriously private and does not like to appear on Japanese TV. 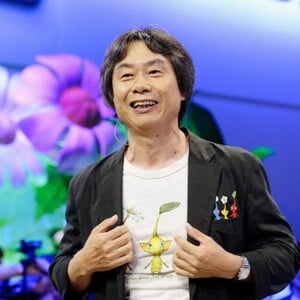