Shannon Beador net worth: Shannon Beador is an American reality television star and housewife who has a net worth of $20 million. In December 2013, Shannon Beador became one of the cast member of The Real Housewives of Orange County during it's 9th season. Shannon is the wife of David Beador who owns a highly successful construction company based in Corona, California called Beador Construction, Inc.

According to a business listing service, Beador Construction was founded in 1996, has annual revenue of $13 million, and employs roughly 80 people. Shannon adheres to a holistic lifestyle, keeping her house a toxic free zone with a hospital grade air filtration system and no wi-fi. Shannon and David have three children. All daughters, the Beador children include Sophie and twins, Stella and Adeline. They live in the Bonita Canyon area of Newport, California. During the first season she appeared on the show, Beador's 13-year marriage had hit a bit of a rough spot as she and her husband worked through their issues in front of the camera while raising three children and managing their lives. Shannon spends her free time with her energy specialist and a Feng Shui advisor trying to rid herself of any built up anger and resentment. The Real Housewives of Orange County debuted in 2006 and started its 12th season in 2017. Beador was featured starting in season nine in 2014. In 2017 Shannon filed for divorce from David after 17 years of marriage. In 2018, the divorce proceedings commenced and David was initially ordered to provide $30,000 per month in spousal support, but that number was ultimately reduced to $22,500. 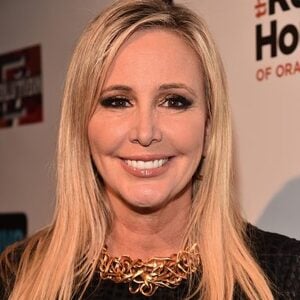